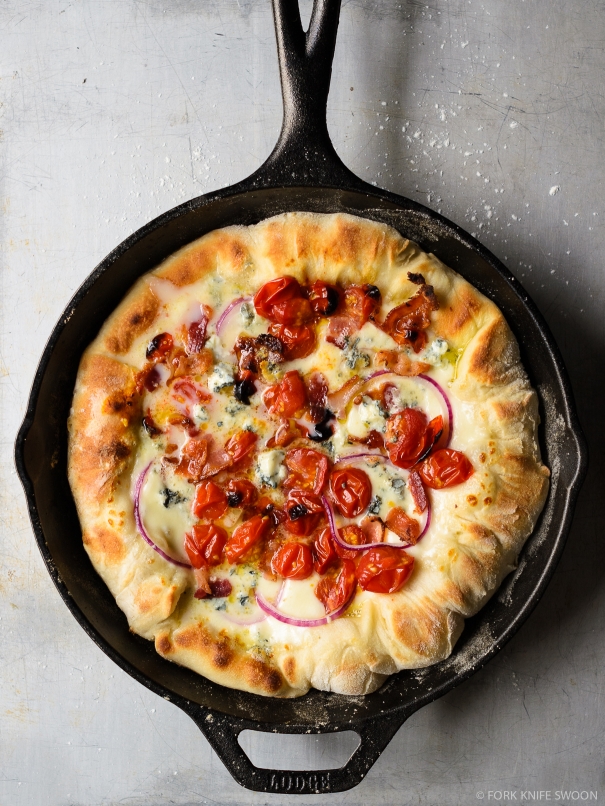 Have you heard of skillet pizza? I know I’m woefully late to this (pizza) party, but after being tempted by this (and this, and this) floating around the web, I finally gave in to my curiosity.

The cooking method consists of baking the pizza under a broiler in a pre-heated, super hot, cast-iron skillet. It only takes a couple of minutes for the pizza to cook and the crust to bubble up – becoming wonderfully charred and crispy – resulting in a pizza very similar to a brick-oven baked pizza. 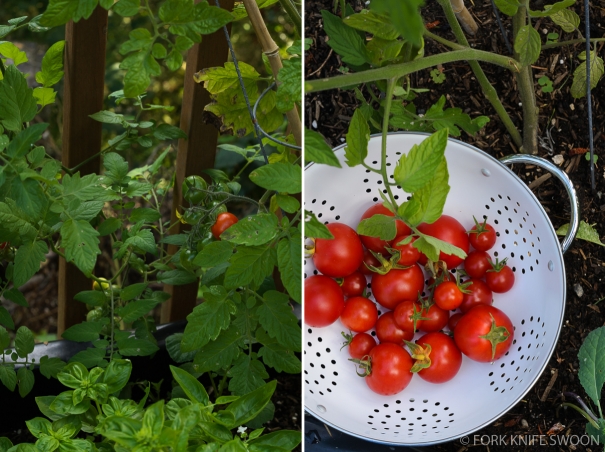 We’re still swimming in homegrown tomatoes, so I started with those as a base for the toppings, quickly roasting them first for added flavor. The rest of the toppings fell into place easily – creamy, fresh mozzarella, offset by tangy, sharp blue cheese crumbles and crisp red onion slices.

And… bacon. I couldn’t resist that tomato-bacon-blue cheese combination, which is so good atop this crispy, chewy, slightly charred crust. 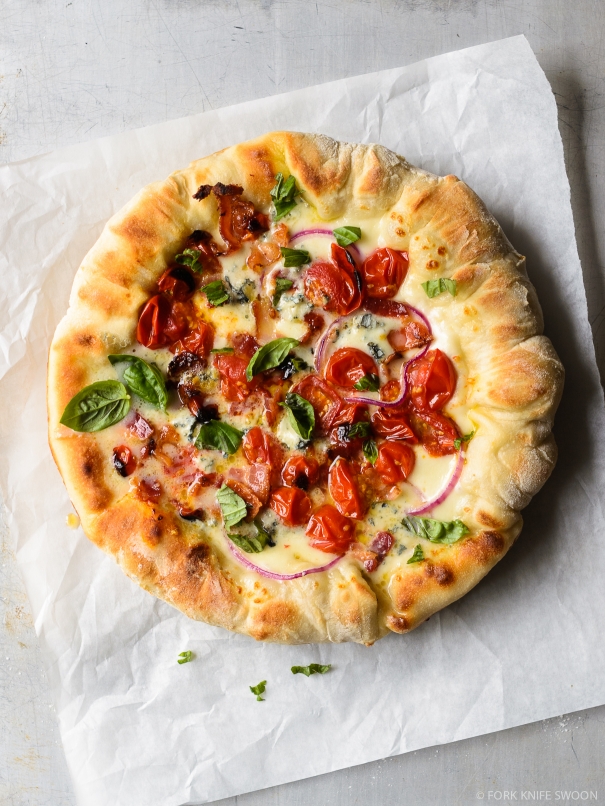 Now, the skillet pizza method does result in pretty darn great pizza. It definitely produces a crispier crust than can often be achieved in a home oven, even with a pizza stone. I will say though, that this method takes some finessing.

A few key skillet pizza strategies (through much trial and error): 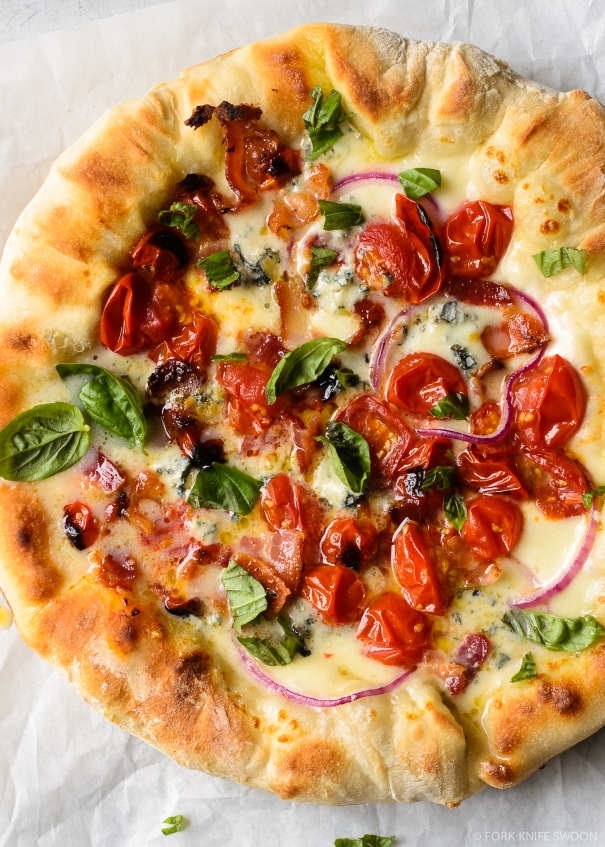