Quick and simple, homemade roasted cherry tomato sauce – packed with flavor from fresh cherry tomatoes that caramelize and become wonderfully jammy after a quick stint in the oven. This even more delicious take on traditional tomato sauce is made with simple ingredients like garlic, olive oil, basil, and thyme, and you’ll want to make batches all Summer long!

Preheat the oven to 400 degrees F.

Toss the tomatoes with just enough olive oil to lightly coat, then spread out in an even layer onto a rimmed sheet pan or large baking dish. Roast for 25-30 minutes, until the tomatoes have burst and are just beginning to shrivel. Remove from the oven, tent loosely with aluminum foil, and set aside.

Meanwhile, add the 1/4 cup of olive oil to a heavy-bottomed sauce pot. Heat over medium-heat until the oil begins to shimmer. Add the onions and cook, stirring occasionally, until they begin to sweat and soften, about 4-5 minutes. Add the garlic, stir to combine, and continue cooking for another few minutes until the garlic is golden.

Add the roasted tomatoes (including all of the cooking liquid in the pan), and the herbs, and stir to combine. Season with salt and pepper, to taste.

Turn the heat down to low, partially cover the pot with the lid (leaving about a 1-inch gap), and let simmer for at least 25 minutes – and up to an hour – stirring infrequently as the sauce cooks.

Remove the pot from the heat, and let cool for 10-15 minutes. (Carefully!) Transfer the sauce to a blender (or use an immersion blender), and blend until the sauce reaches your desired consistency.

Pour the sauce into pint-size canning jars or other air-tight containers.

Will keep for up to a week in the refrigerator, or 3 months in the freezer. 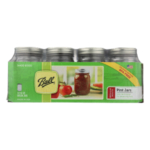 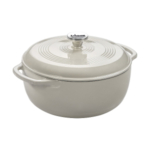