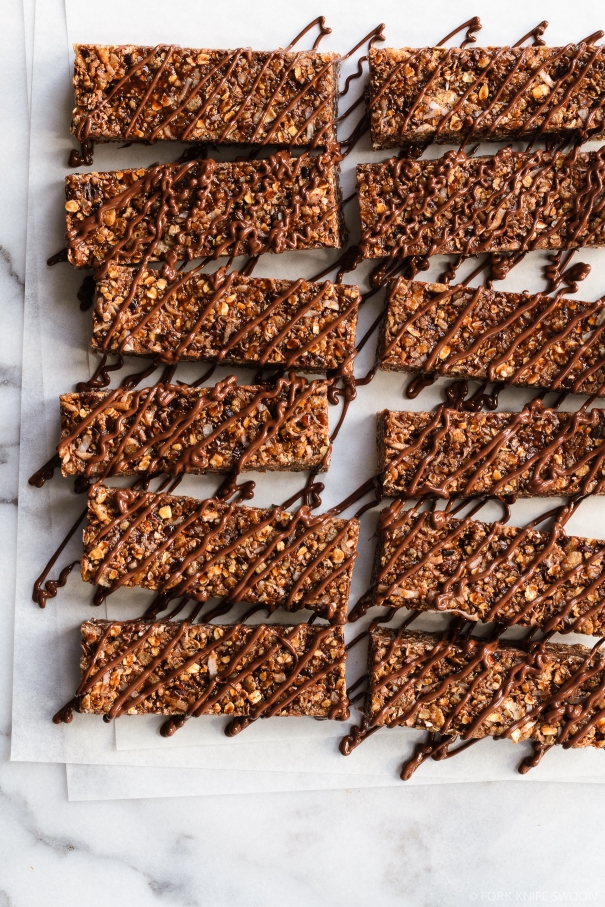 Can you believe I’ve barely touched an eggplant or more than a few ears of corn in the kitchen this Summer? I picked up one giant zucchini at the farmers market last weekend, which is currently sitting rather impatiently on the counter, waiting for a yet-to-be-determined recipe to befall it. Berries and stone fruit, I took advantage of, but most of the season’s last, best offerings have been noticeably absent from my cooking repertoire (and these pages) lately.

The seasons are skipping ahead of my best intentions. The air crisper, cooler. PSL’s are back, earlier than ever, and I’m starting to think about weekend apple picking excursions up north. 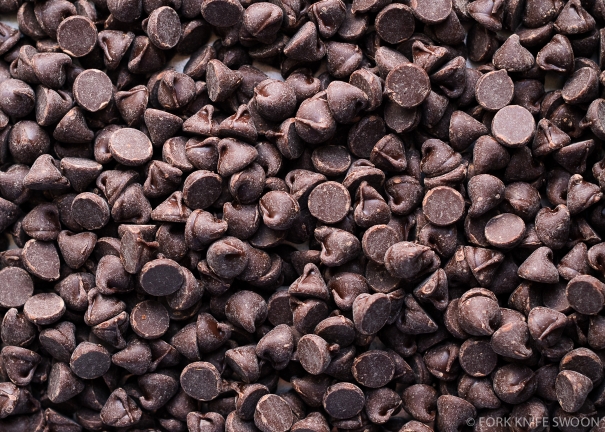 My fall baking actually began without turning on the oven, in the form of these no bake dark chocolate granola bars. I’ve been meaning to work chocolate into granola bars for some time now, and imagined they would end up as a variation of this tried-and-true baked granola.

Instead, after some late-night Pinterest perusal, I was inspired by this recipe to go the no-bake, vegan, no butter/oil, little refined sugar, gluten-free route… And I promise you they aren’t terrible.

In fact, these granola bars – despite being healthier than your average granola – taste almost like dessert. They’re rich and sweet and super chocolatey. They’re chewy with little crispy bits and… did I mention they can be made in about 15 minutes?

The best part is, these granola bars set up in the refrigerator rather than via baking. In a few weeks, the oven will be going non-stop with true fall baking – comforting desserts, roasted vegetables and braised meats – but for the moment, it’s nice to keep the oven off, as I play catch up, squeezing in as many Summer recipes as I can into these last, lovely, transitional days of the season. 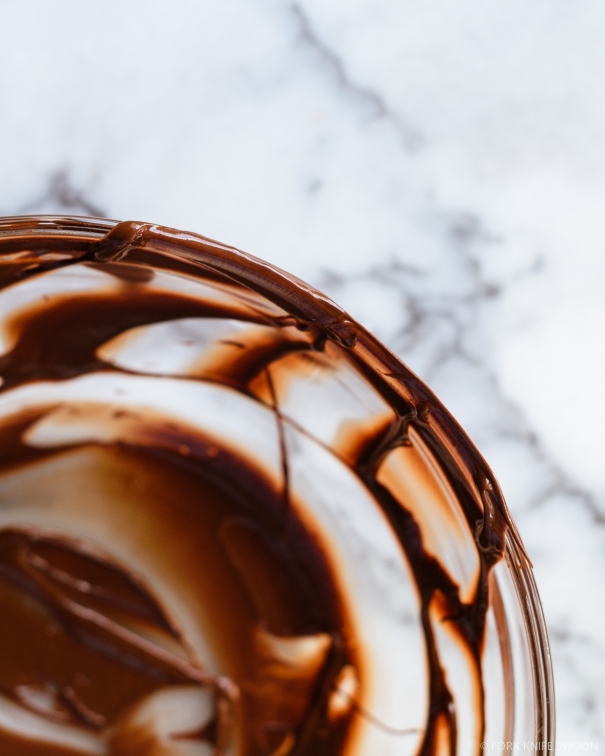 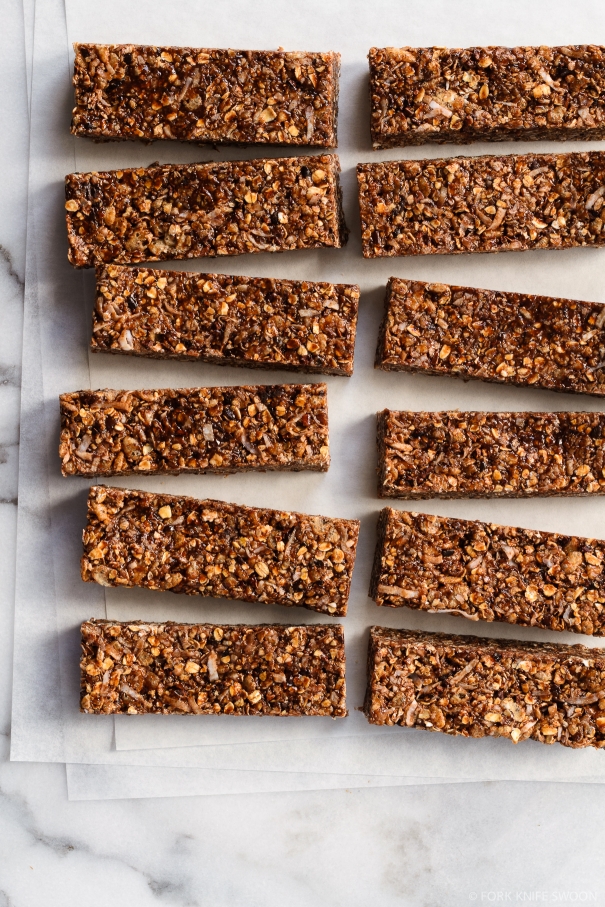 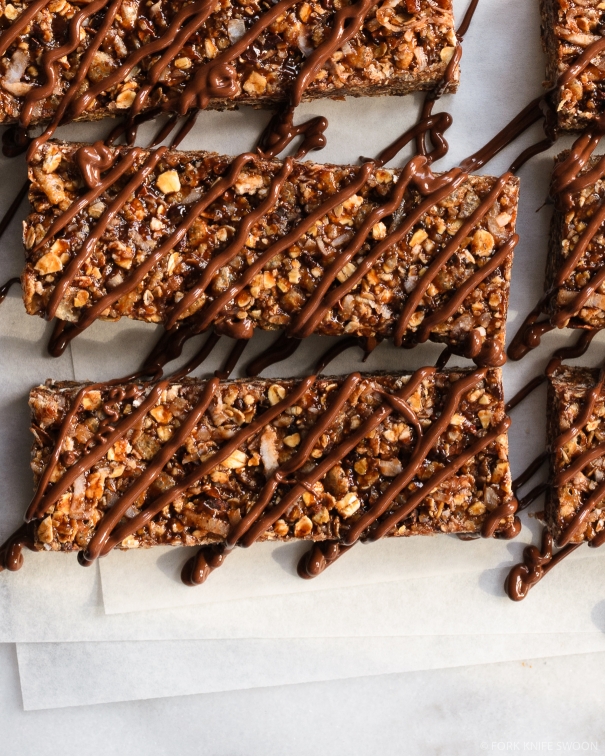