Lately, I’ve been making an effort to create some make-ahead breakfasts that are easy to grab on the go or heat up in the morning, because early weekday mornings can be… challenging. Especially Mondays. I’ve made a few batches of homemade granola bars, stocked the fridge with individual servings of chia pudding, and filled our freezer with single-smoothie bags of healthy ingredients, all super easy to assemble or take with me on busy mornings.

But none of those compare to this baked blueberry bagel French toast casserole – yep, it’s a mouthful. This French toast is everything I want in a decadent breakfast: A mix of chewy, Cobblestone Bread Co. cinnamon-raisin bagel bits and plump blueberries baked in a sweet, cinnamon egg custard, all topped with an indulgent brown sugar streusel.

It’s also a completely make-ahead recipe. With a bit of quick prep the night before, and minimal effort in the morning, the French toast breakfast of my dreams is possible. Even on a Monday. Yes, please. 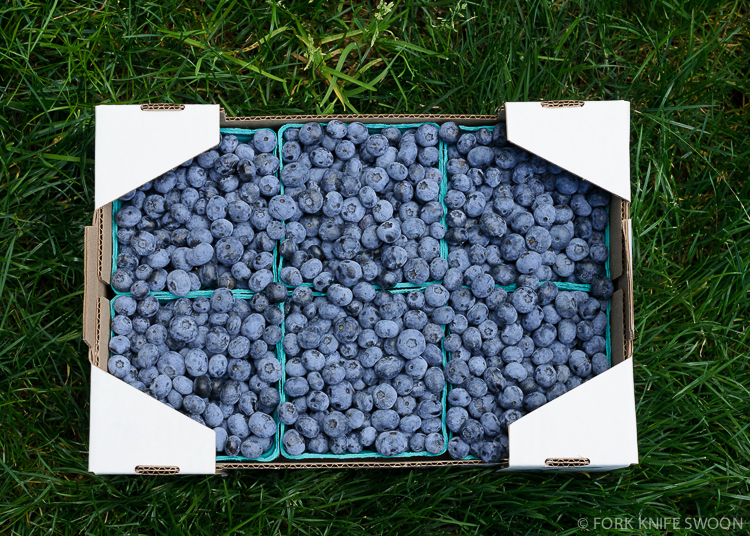 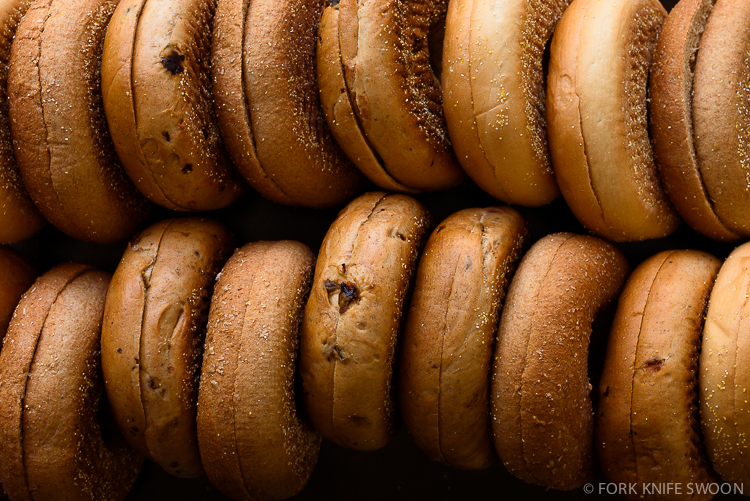 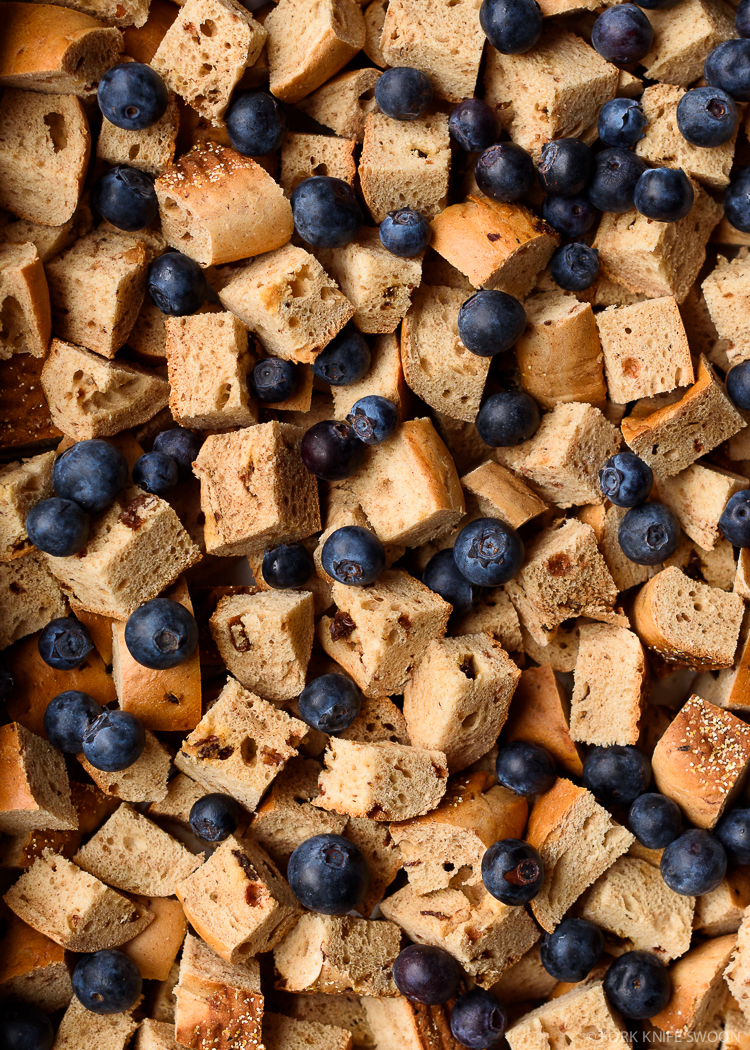 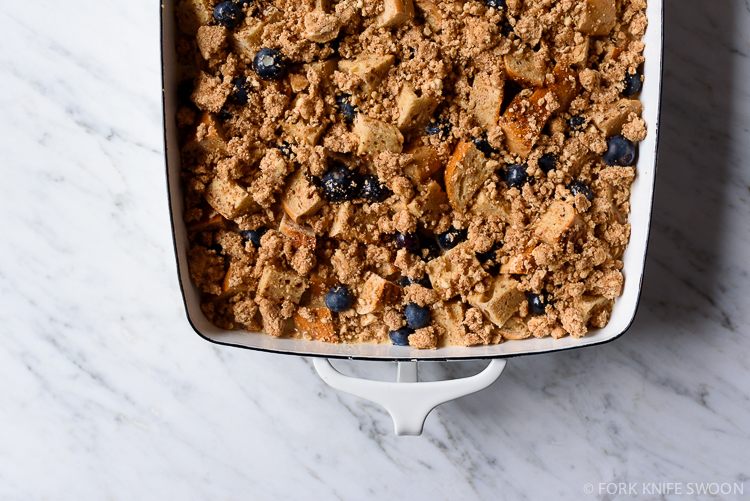 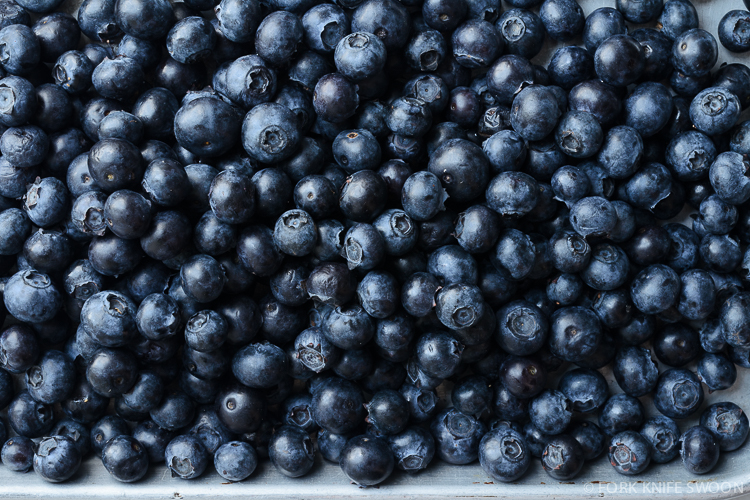 Cobblestone Bread Co. recently unveiled their latest line of breakfast products – a collection of bagels and English muffins in several flavors. When they sent me an assortment to try, I played around with some quick, weekday breakfast recipes: whole-wheat bagel sandwiches (filled with whipped, herbed cream cheese, thick slices of red onion, and local smoked salmon), and toasted English muffins slathered with homemade strawberry jam.

Over the weekend, I pulled out the remaining bagels – cinnamon raisin – which quickly became destined for that bagel French toast casserole. 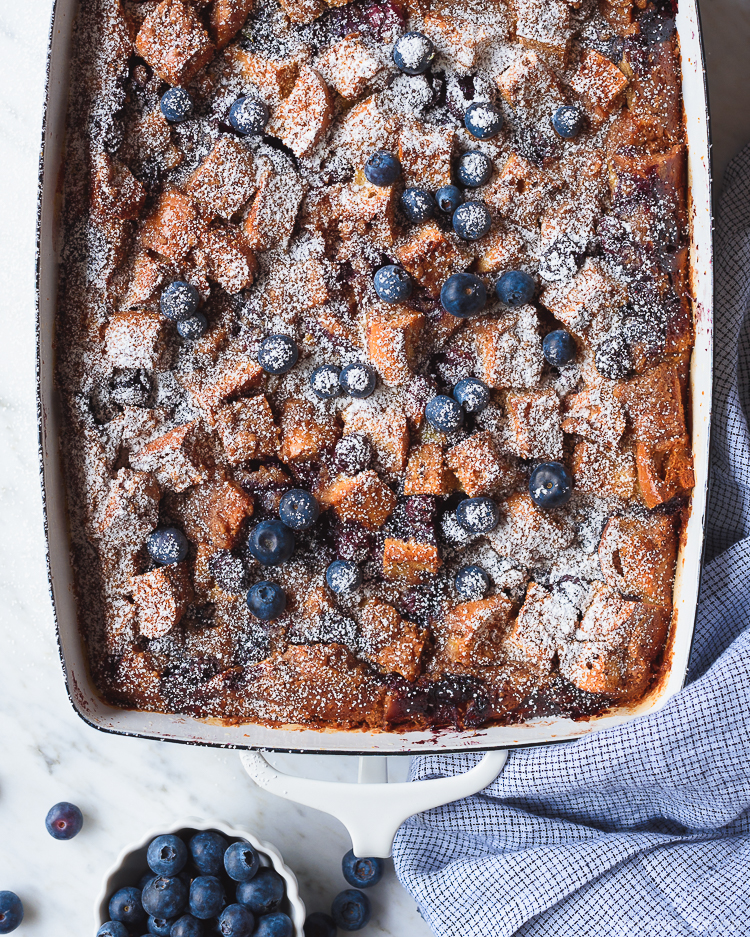 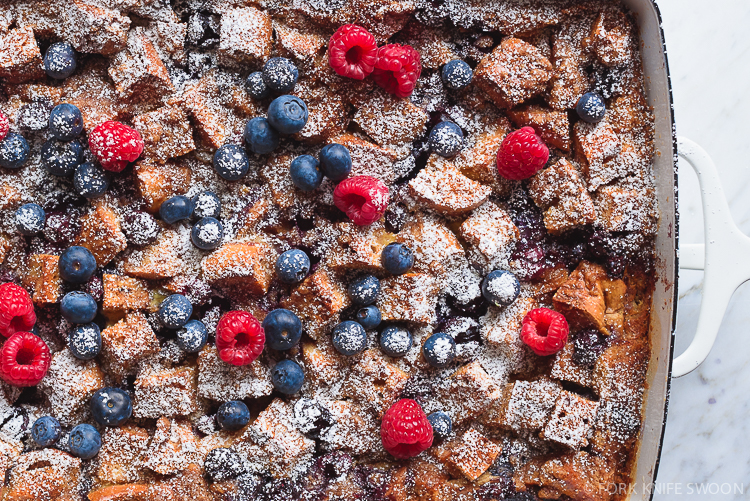 Once I got to thinking about it, using bagels in lieu of brioche or sandwich bread makes perfect sense. Cobblestone Bread Co. bagels are naturally dense and chewy, and won’t go limp in the presence of solid custard. Instead, the pieces soak up just enough liquid to stay tender and flavorful while baking, without creating any sort of unfortunate mush in the middle.

I roughly chopped the CBC cinnamon raisin bagels into chunks, layered the pieces into a baking dish, and topped them with fresh, juicy blueberries, which settle into the crevices of the bread, softening and bursting while they cook, and adding sweet berry flavor to each bite.

Next, I poured a thick, creamy egg custard on top, then let the whole thing marinate overnight, melding the flavors together and letting the bagel bits really soak up all the sweet, cinnamon and vanilla-spiced, custard-y goodness.

Right before baking, I whipped up a truly indulgent, crumbly brown sugar streusel, sprinkled that on top, adding another caramelized, nectarous layer of flavor. 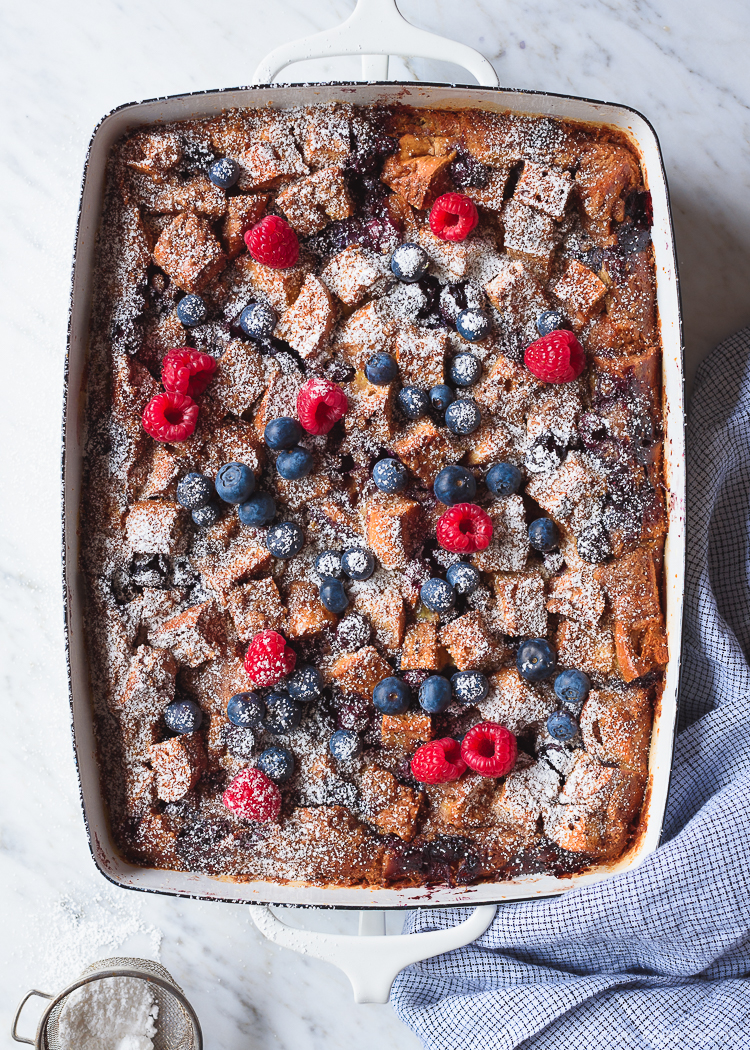 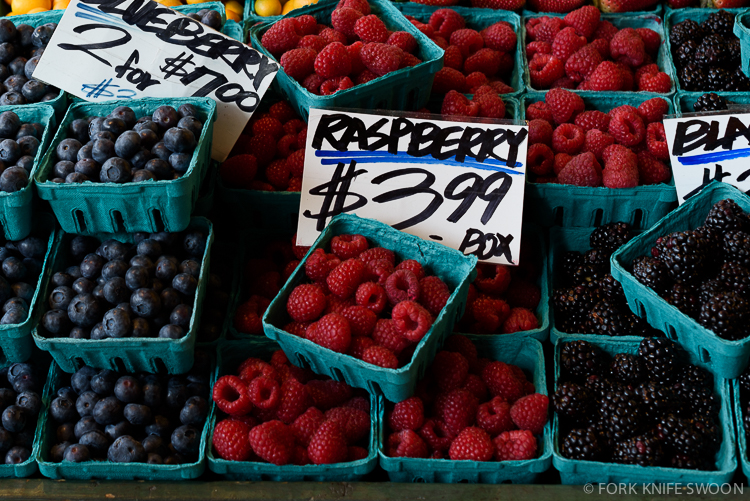 You could stop there… But I served scoops of this delectable dish with a fine dusting of powdered sugar, drizzles of maple syrup, and more fresh blueberries and raspberries. Basically the best breakfast bread pudding in all the land.

One of the glorious things about this baked French toast (and there are many) is that it can be made entirely in advance, which makes breakfast the morning of, so, so easy. Simply pop the casserole dish in the oven while you’re making coffee, let the intoxicating aroma of cinnamon wake you up, and about 45 minutes later, you have a delicious, crowd-pleasing breakfast. You can also easily halve the recipe if you’re feeding a smaller group – but I bet you’ll still want seconds! 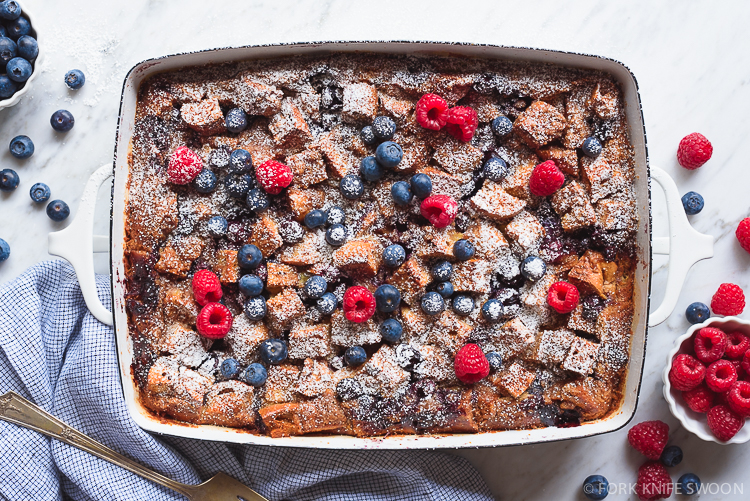 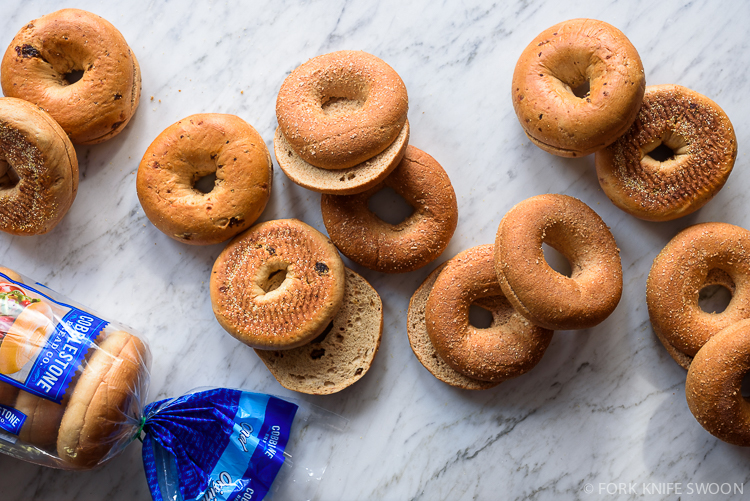