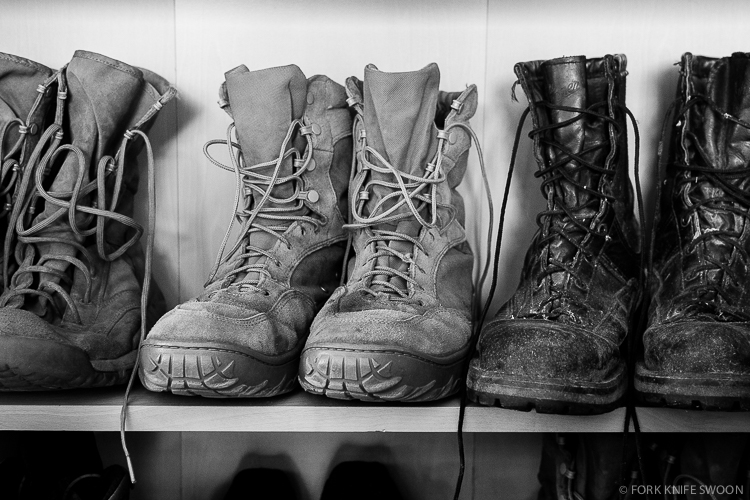 Memorial Day weekend is shaping up to be fairly gloomy around here this year, the sky monotonously grey and dreary, which feels strangely appropriate. The hubs is currently deployed, and all the military tribute videos and photo montages floating around the web this weekend have dredged up many of the feelings I push aside most of the year, because thinking about those painful possibilities on any sort of regular basis will drive you crazy with fear and anxiety.

There’s a part of me – the chronic worrier – that sees myself in every wife who has lost her husband in combat. But today is not about me, or my husband, or the other living veterans and active-duty soldiers who give of themselves daily in service of our country. I almost never write about our life in the military, but today I wanted to take a moment to reflect, and remember the fallen.

My husband first deployed to Afghanistan during the height of the troop surge, when combat casualties increased markedly. He lost fellow soldiers, heartbreakingly young, good soldiers, who fought with him on the steep, shale-covered slopes of the Korengal, an area known as the Valley of Death.

Memorial Day is a very real reminder of their ultimate sacrifice, though he carries their deaths with him every day, as most veterans do.

It’s easy to celebrate the holiday as simply a long weekend, centered around backyard grilling and retail blowout sales. It’s easy to go about every day life, overlooking the soldiers still fighting in our longest war. It’s especially easy to forget the fallen, the unseen, too-often unsung, heroes of our military. Save for the occasional reminders at football game half-time shows and the uniformed soldiers we may pass in the airport, we are disconnected. Shared sacrifice has become a burden that more and more only the ‘warrior class’ must bear, as military and civilian lives are increasingly separated.

Both my grandfathers served, in World War II and Korea, but I didn’t grow up in a military family. I really wasn’t personally affected by war, or the sacrifices of military life – even post 9/11 – until I met my husband and fell headlong into it, learning firsthand what that sacrifice means, both in combat and in daily life.

Calendars marked with long training and deployment dates. Missing holidays and birthdays and anniversaries, and the every day moments that make a life together. The dread of the very worst, that you shove to the deepest back corners of your mind less it swallow you whole. And at the same time, despite the stress and the sacrifice, if you asked him right now, my husband couldn’t tell you another job he would rather have.

While we’re enjoying the last day of this long weekend, let’s remember the people who are the reason we are able to, and let today be a day to honor the brave soldiers who have paid for our freedom with their lives, as well as the families left behind.

It’s about the 4,500 lives lost in Iraq, and the 2,200 lives lost in Afghanistan. And those lost in the many other conflicts in our history. The lives still being lost today, as the GWOT stretches on.

Let us not forget their sacrifice.

As the proud wife of a blue-corded, infantry grunt, thank you to those who have died in service to our great nation. Thank you for doing what most would not. You are not forgotten. May you Rest in Peace.

14 comments on “Remembering the Fallen”