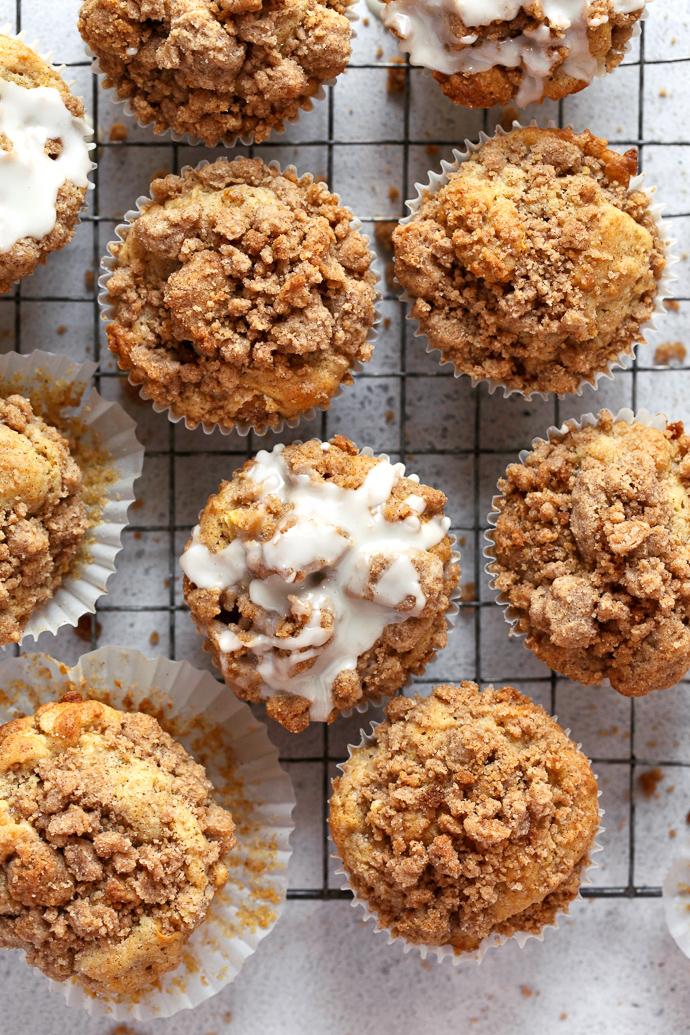 Are you ready for Fall? Or still clinging to these last languid days of Summer?

I’m somewhere in the middle, excited to finally have a kitchen to get back to (and in turn start baking again), but also loving all the late-season produce still beaming from produce bins at the market. Peaches, plums, tomatoes, sweet corn… it’s all still calling my name.

…But apples – spiced with cinnamon, ginger, and vanilla, and folded into a buttery muffin batter and generously topped with a crumbly brown sugar streusel – sound pretty great too.

When I first baked these apple muffins, years ago now, the leaves were just beginning to change in the middle of Georgia; the fall foliage creeping in with vibrant bursts of crimson and golden yellow. Autumn beginning in fits and starts, flirting between the mid-eighties one day, and a full twenty degrees cooler the next. Summer’s last gasps in late-September.

I was however, quite stubbornly set to autumn, our little apartment kitchen filled with the aromas of fall baking, slow-braised stews, and hearty, simmering soups. 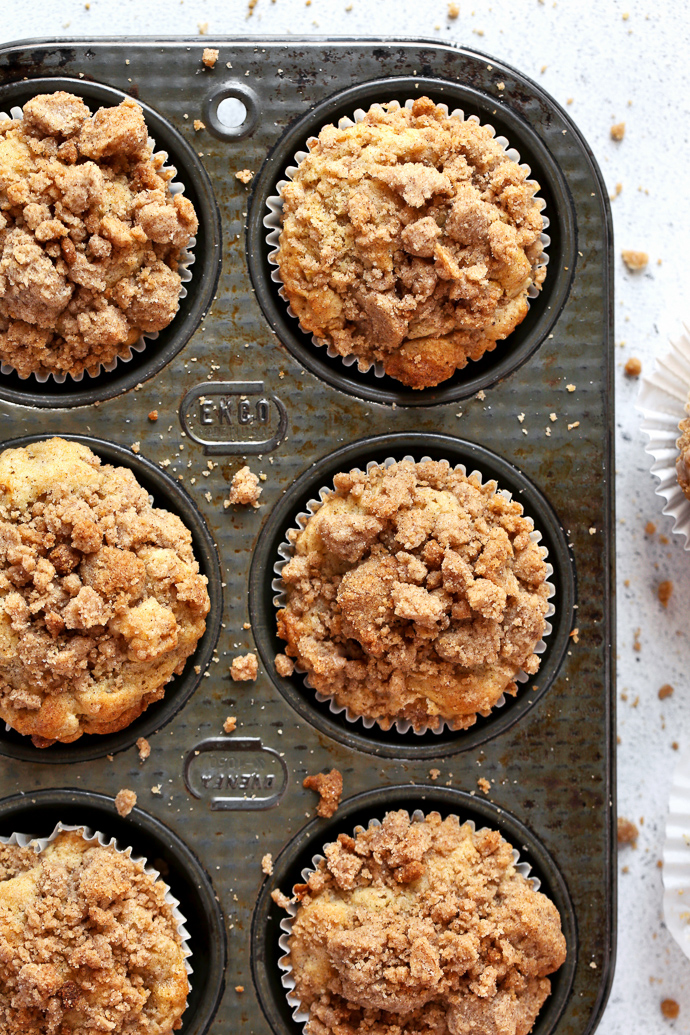 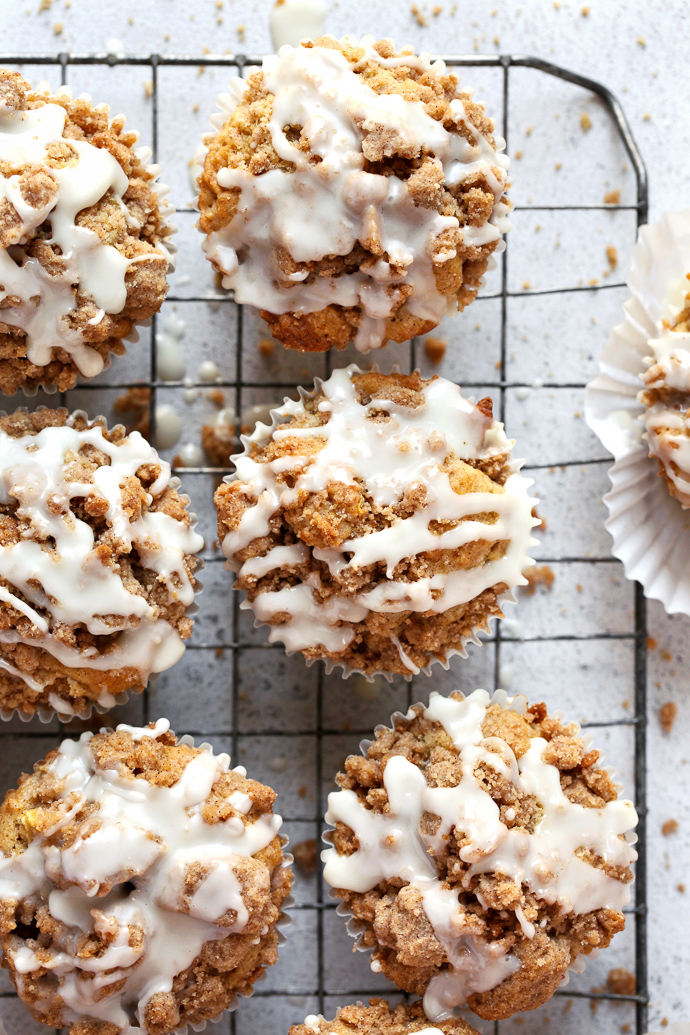 Inspired by the start of apple season, and tempted by the many lovely varieties, beautifully-stacked and practically glowing on display, I’d over-indulged at the market, and needed a new recipe to feature my hoard.

A few of the tart varieties made their way into these simple, but flavorful muffins, elevated beyond their humble appearance with a bevy of spices, an irresistible streusel crumb topping, and an optional (but recommended) vanilla glaze. 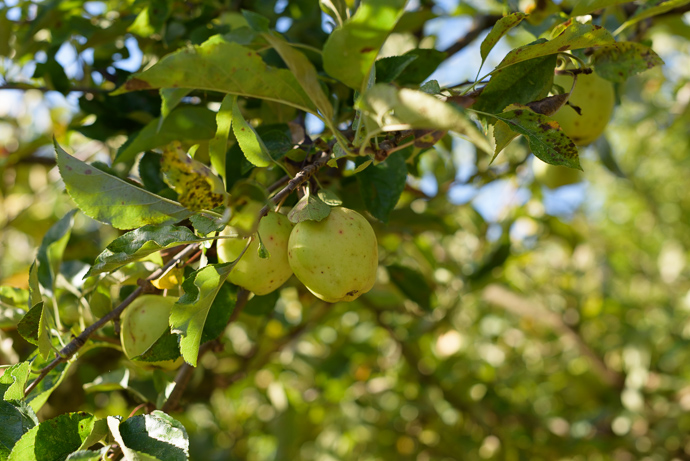 We were fortunate in Washington to have incredible apples nearly year round, and spoiled via the wonders of cold-storage, it’s easy to forget that apples have a season. But they are sweeter, fresher, crisper during the actual fall harvest season, beginning as early as August.

There was a community apple orchard in our first neighborhood in Tacoma, and I used to love to stop by this time of year in the early morning and pick a handful of different varieties of apples – bright, tart greens, and rosy pinks, and dainty, dark purple beauties – a few for snacking, but most destined to make their way into sweet muffins, or classic apple pie, apple cider cinnamon rolls, or gooey caramel crumb bars.

Because that classic combination of apples with cinnamon and sugar is hands-down my very favorite and just too hard to resist.

And decked with a chunky cinnamon streusel topping and bursting with apple flavor, these indulgent little apple muffins, somewhere between breakfast and dessert, are an especially sweet way to start the day. 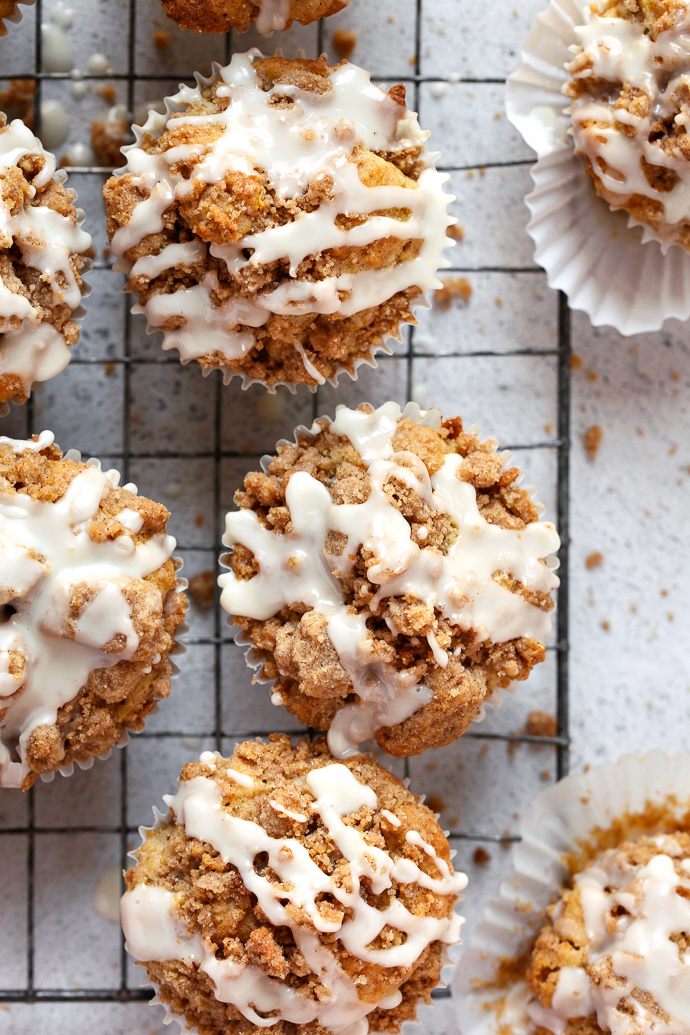 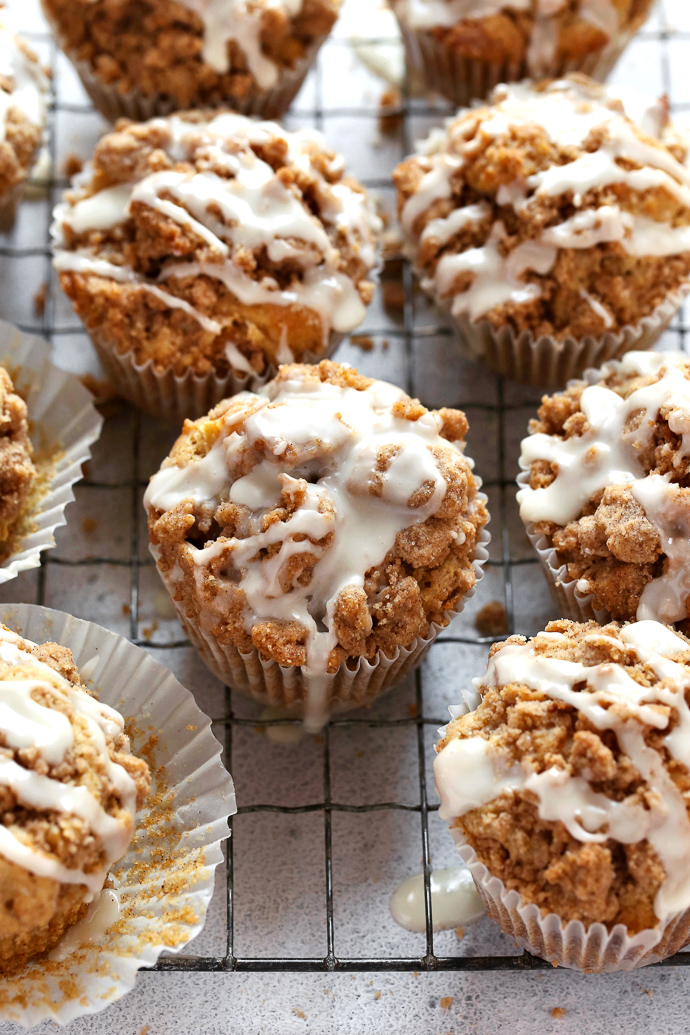 Make the cinnamon streusel topping:
Whisk together the flour, brown sugar, cane sugar, and cinnamon. Stir in the melted butter until incorporated, then use your fingers to form thick crumbs. Set aside.

Make the muffins:
Preheat the oven to 425℉. Line a 12-cup muffin tin with paper liners or lightly grease with butter or nonstick baking spray. Set aside.

In a large mixing bowl, whisk together the flour, baking powder, baking soda, salt, cinnamon, nutmeg, and cloves. Set aside.

Using a stand up mixer fitted with the paddle attachment, cream together the butter and sugar until light and fluffy, about 2 minutes. Turn the mixer down to low, and add the eggs, one at a time, followed by the vanilla, mixing well after each addition. Scrape down the sides of the bowl with a spatula as needed.

Add the flour mixture to the mixing bowl along with the chopped apples, and use a spatula mix until just combined. Be careful not to over mix. The batter will be very thick.

Use a cookie scoop to divide the batter between the prepared muffin cups. Top with the streusel mix, pressing the crumbs gently into the batter.

Bake at 425℉ for 5 minutes, then turn the oven temperature down to 350℉, and continue baking for another 12-15 minutes, until the muffin tops are golden and a cake tester inserted into the center comes out clean. Remove from the oven, and allow the muffins to cool for a few minutes in the muffin tin, before transferring to a baking rack to cool completely.

Make the vanilla glaze:
Whisk together the confectioners sugar, milk, and vanilla until smooth. Drizzle over the warm muffins. Enjoy!! 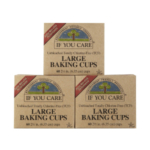 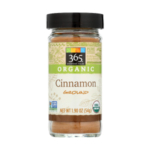 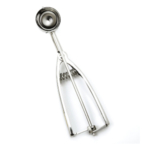