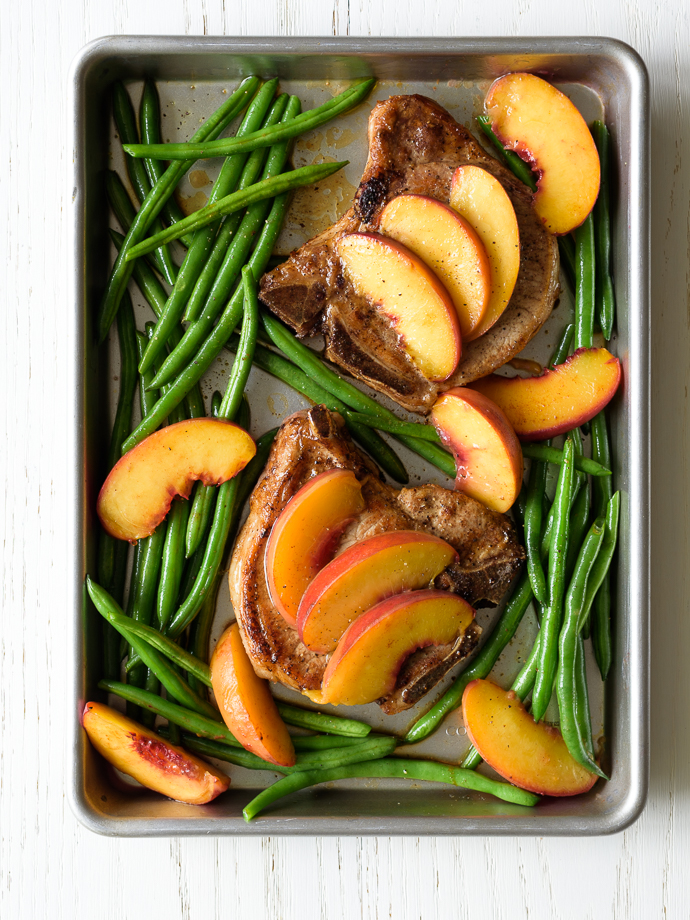 These juicy baked pork chops are actually the very first pork chop recipe to grace this blog, as chops aren’t a cut of meat that I usually seek out; they are all too often tough and dry, and… simply disappointing.

But, I had a (mammoth sized) pork chop at a favorite restaurant recently, cooked to tender, flavorful perfection, and the meal left me singing a different tune.

So I’ve been doing my research, and recipe testing like mad, to recreate that elusively, wonderfully succulent pork chop in my own kitchen. 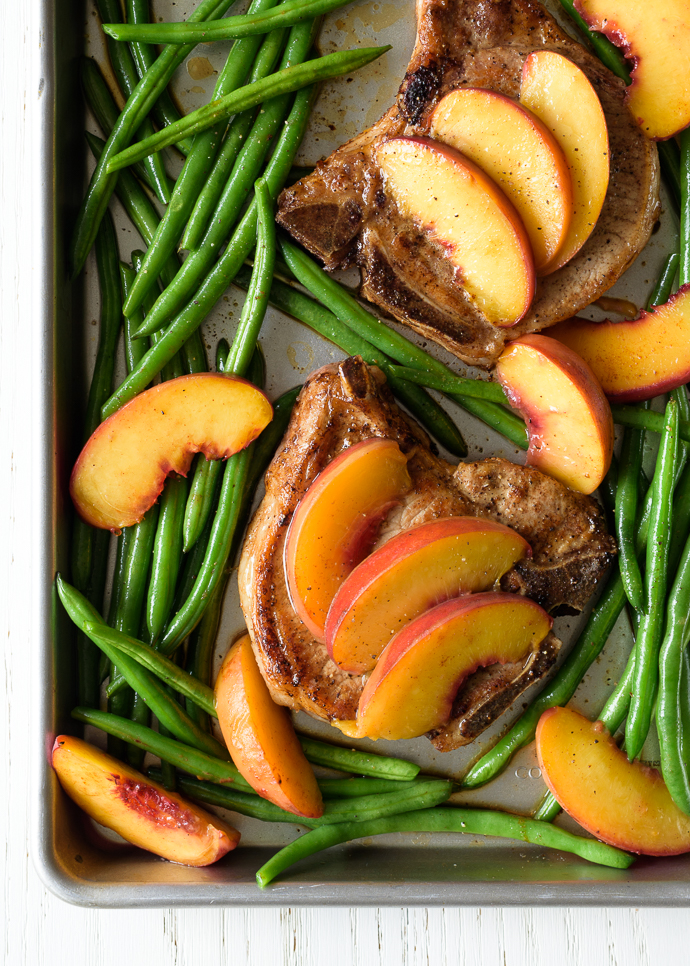 The key it seems, is a dual cooking method approach: utilizing both a skillet and oven.

Starting with a good, quick sear of the pork chops, in a hot skillet, adds flavor, and – importantly – keeps the natural pork juices inside when the pork chops are transferred to the oven to cook the rest of the way through.

The result: a golden-browned, lovely outside, and a tender and juicy center – just how a pork chop should be. 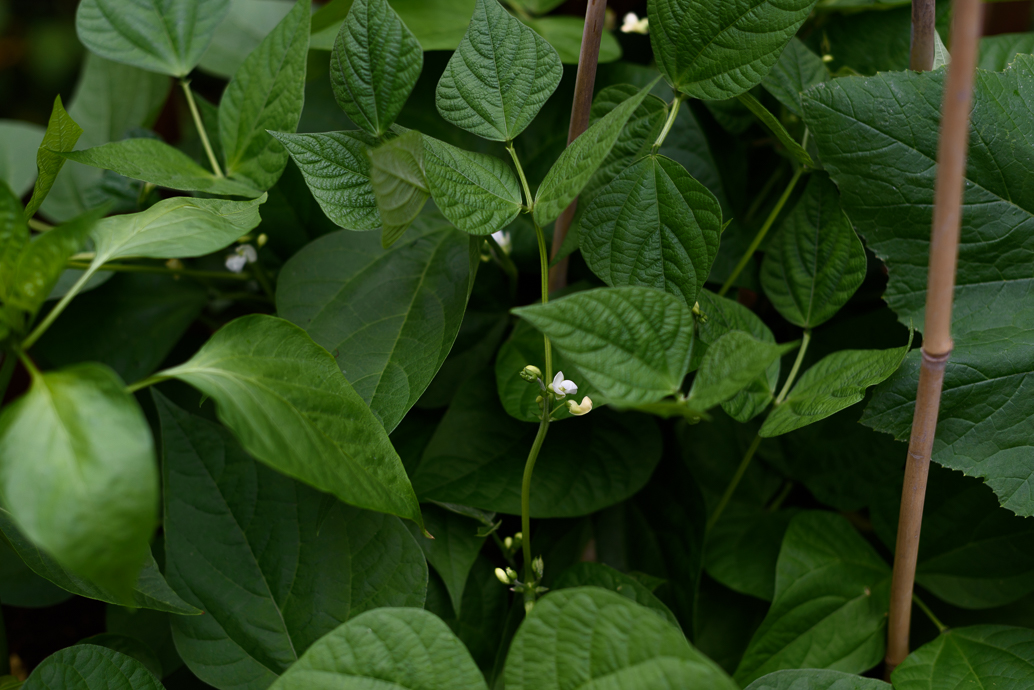 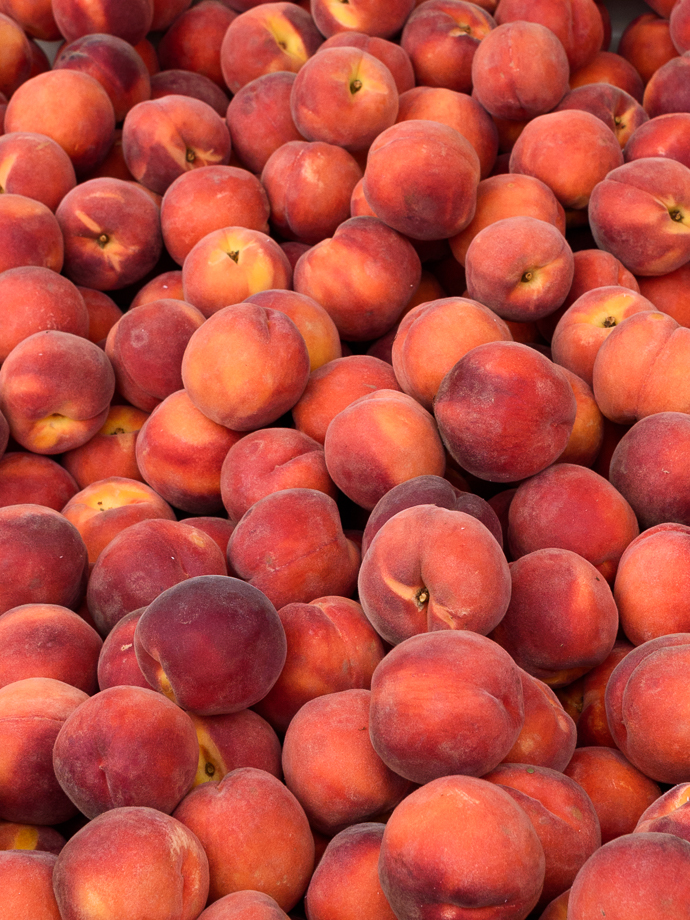 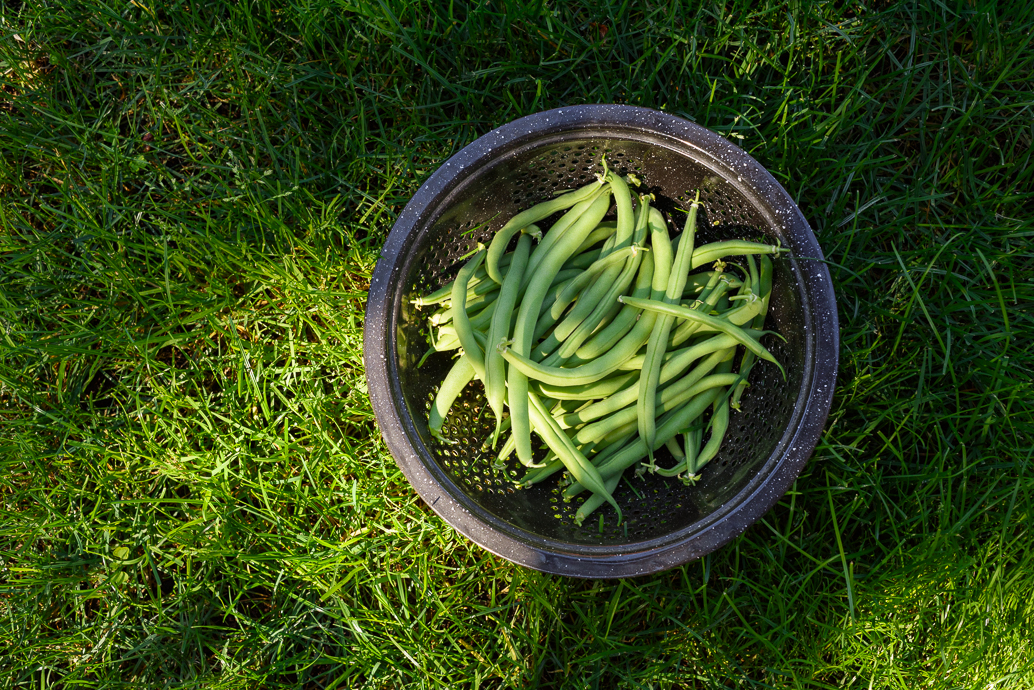 Pork pairs wonderfully with a bit of sweetness, often apples or apple cider, but since we’re not quiiiite yet to apple season yet… Oh, who am I kidding, it’s always apple season here in the Pacific Northwest!

There will be plenty of apple recipes to come, but for the moment we’re still happily savoring the last bit of late-Summer produce. With stone fruit’s season fleeting, and fresh, flavorful local peaches still to be had, I thought I’d take full advantage before it’s gone, and add a few to the mix.

The sliced peaches soften and begin to caramelize in some butter, brown sugar, and a dash of cinnamon, while the pork chops bake in the oven. Tender fresh green beans (from our garden!) make their way into the sheet pan pork chop party as well, for the last few minutes of cooking, completing this easy and delicious weeknight dinner. 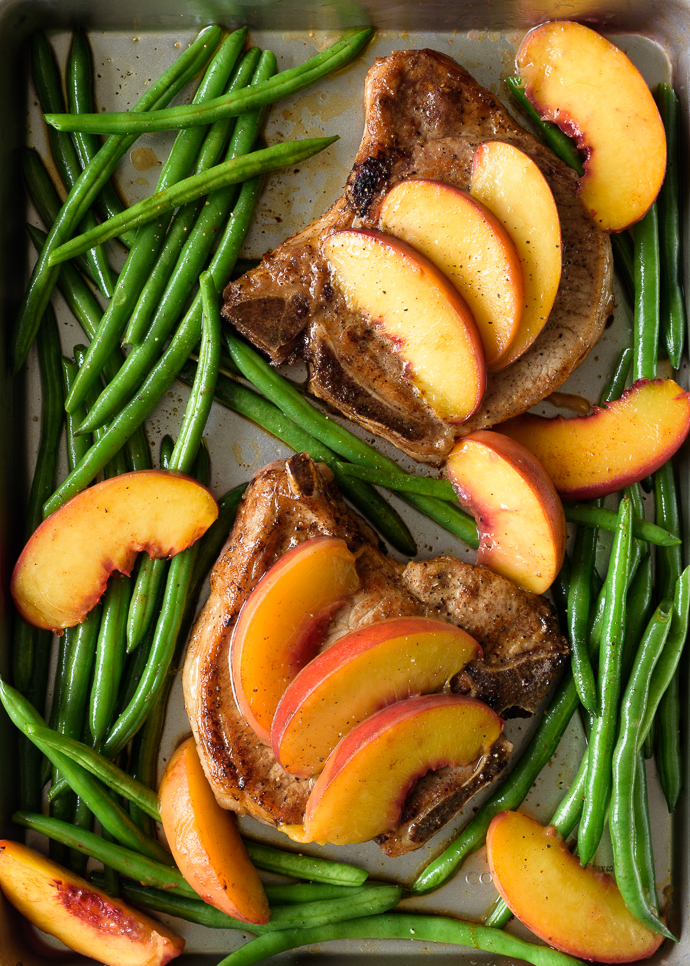 Wishing you all a merry, merry Christmas!! As weir

If your thanksgiving looks a little (or a lot) dif

Of all the silly food holidays, #nationalsmoresday

If you’ve ever grown cherry tomatoes, at some po

More peach love because I just can't get enough th

In case it’s a thousand degrees where you live t