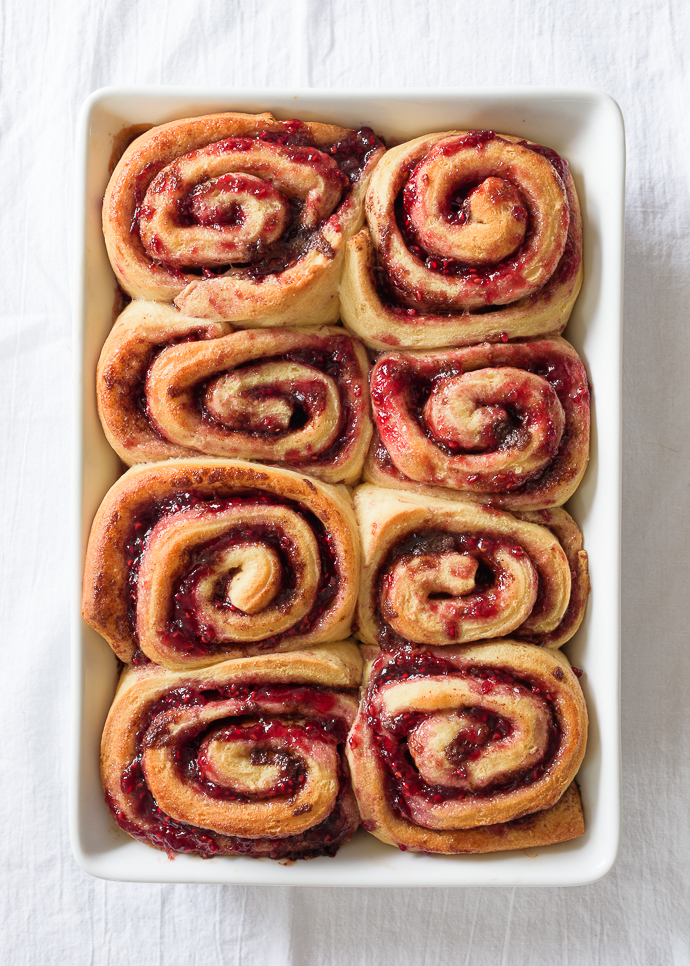 I owe you some recipes, and an explanation of where I disappeared to these past few months, but first things first, our biggest news. Can you guess?

Along with these raspberry jam cinnamon rolls, we’ve got our own little bun in the oven!! (couldn’t resist the pun!)

I’m 27 weeks along, and this little babe should be making his arrival in late August. Now that I’m almost to the third trimester, continuing to balloon out, the belly kicks getting stronger every day (he’s seriously a ninja in there), this whole having a baby thing is starting to feel a lot more real!

And we’re so excited to meet our little guy. 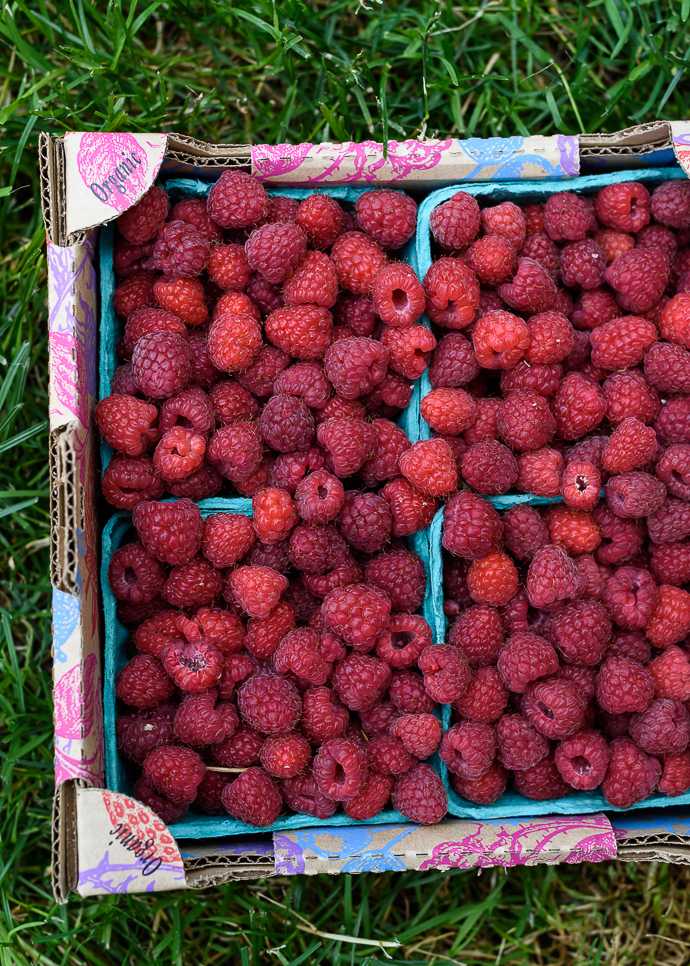 We found out we were pregnant on Christmas Eve. I actually didn’t think I was, even though we’d been trying, but wanted to make sure before having any holiday bubbly. Half a dozen tests later, we were sure those little plus signs actually meant “positive.”

I told my mom, happy tears ensued, and Christmas was extra wonderful. We decided to keep the news from the rest of our family and friends until the end of the first trimester, just in case.

It quickly became the hardest ever secret to keep, as life threw one stressor at us after the next. 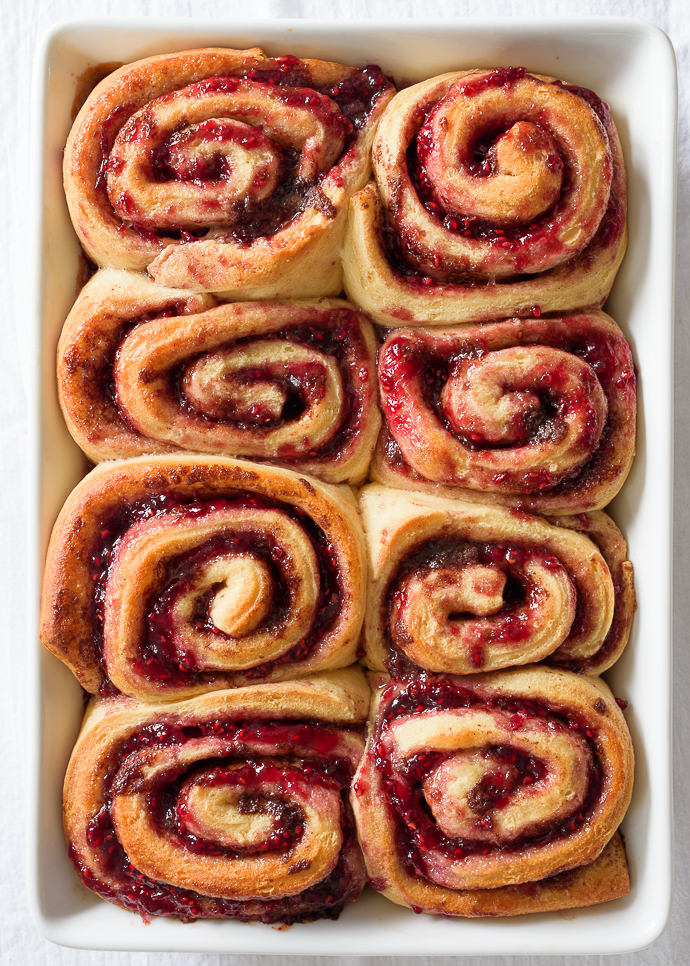 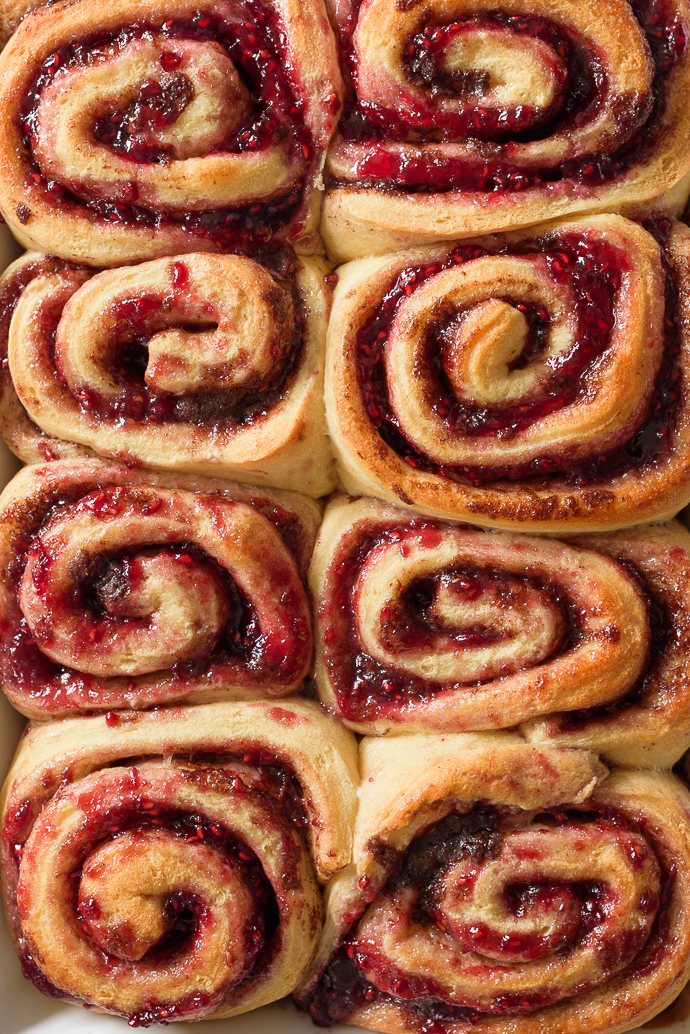 About a week before, as we were getting ready to travel home to California for the holidays, we made an offer on a new house, a semi-fixer-upper.

We knew we wanted to renovate – expanding the very tiny kitchen, knocking down a few non-load-bearing walls, updating the flooring and trim – lots of exciting (mostly cosmetic) stuff. So even before we closed, I was interviewing contractors, pricing out cabinetry and flooring and fixtures, and getting everything ready so that we could hit the ground running as soon as the keys were ours.

A couple weeks in, my husband deployed overseas again, so I was solely in charge of finalizing our house purchase, designing and overseeing the renovation project, and packing up our entire house to move, all while battling ever-constant morning sickness and a complete lack of appetite.

There was very little cooking happening in January or February, unless you count pouring cereal into a bowl. 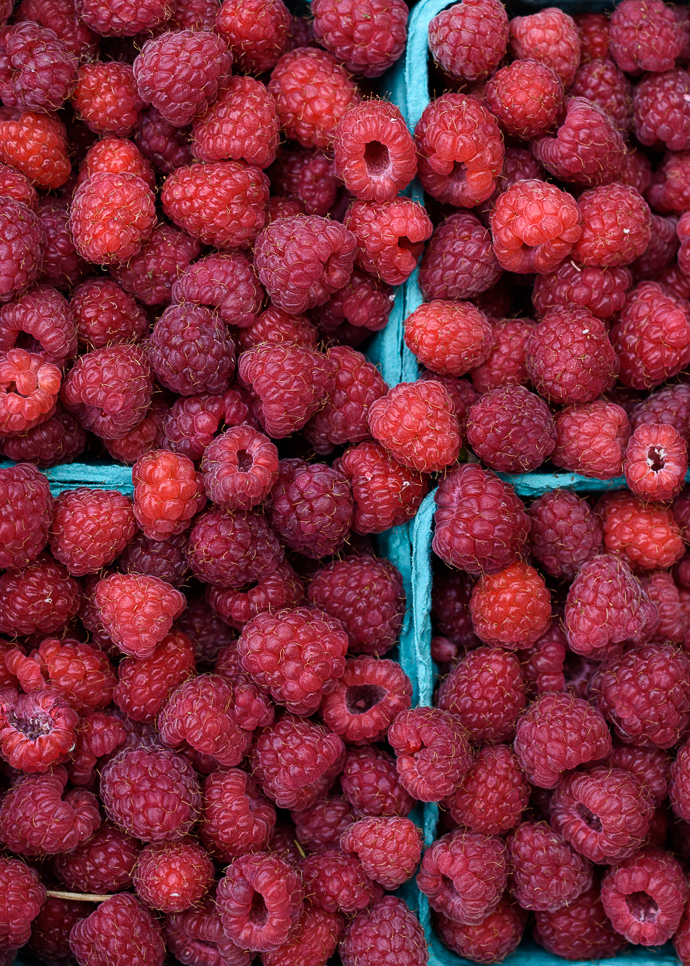 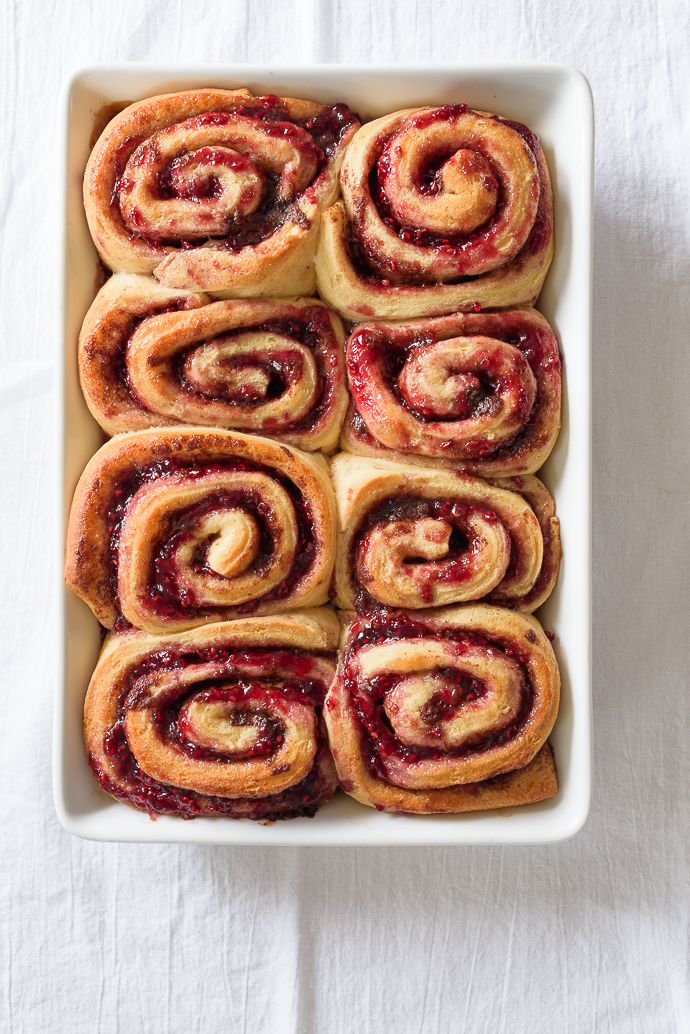 In the midst of that, I had a case of major blogger burnout, and decided for my own sanity, to take a hiatus from blogging until the construction was complete, which was planned for mid-March, shortly after the hubby would arrive back home.

Not too long after our renovation got underway, around the time the whole house had been demo’d down to the subfloor and was missing inconsequential things like doors and electrical fixtures, things took a turn for the worse with our contractor, and after a series of major and minor mistakes on their part, we fell way behind schedule.

Spoiler alert: they still have not finished all of the items on our final punch list, four months later, largely due to incompetence and poor planning. If you’re looking to have any remodeling done in the Seattle/Tacoma area, I can absolutely tell you who not to hire… 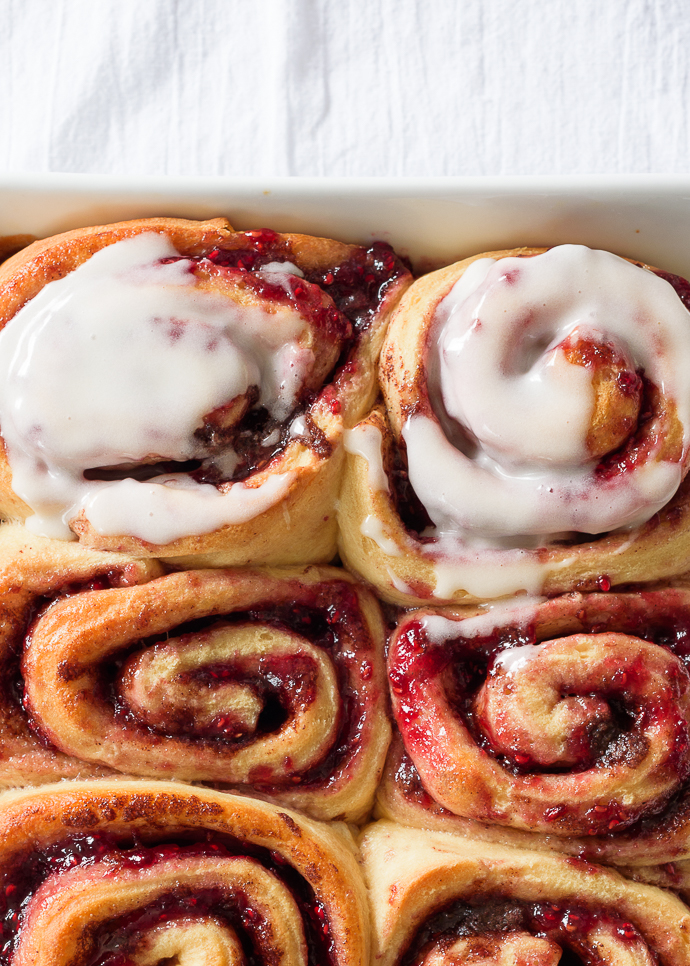 The good news is, after a long, drawn out, incredibly stressful process, we finally moved in, have a brand spankin’ new kitchen (at some point soon I’ll post a tour), and our house is really starting to feel like home now that we’ve unpacked (almost) the last of our boxes.

My second trimester has thankfully has mostly been a breeze, my appetite has reappeared (in a big way), I’m back to cooking real meals and recipe testing again, and I’m so looking forward to getting back into a regular blogging rhythm.

Thanks for bearing with me as I get back into the swing of it – I’m so thankful of each and every one of you for sharing this little corner of the web with me! 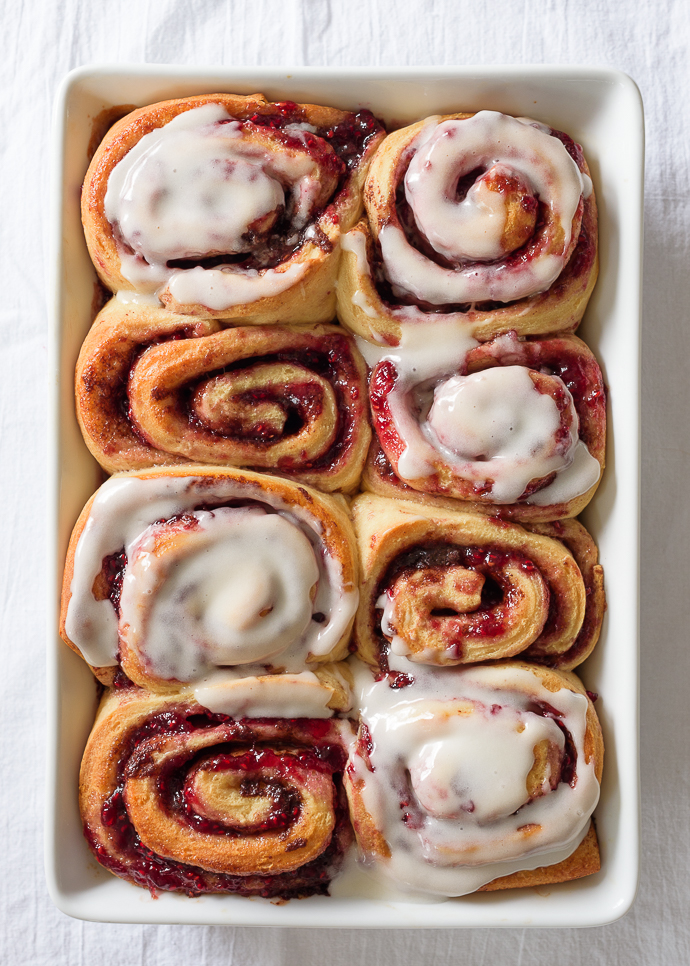 They begin with a classic, sweet and fluffy, yeasted cinnamon roll dough, which is swirled with a generous bit of soft butter, cinnamon sugar, and seedy raspberry jam.

You could tuck some fresh berries into the rolls if you’re feeling fancy, but I’m partial to the simplicity of a flavorful, chunky jam. It’s easy enough to make from scratch, but store-bought Bonne Maman preserves are a favorite around here.

A sweet, vanilla-lemon glaze is optional but very much recommended, preferably drizzled on with a heavy hand… 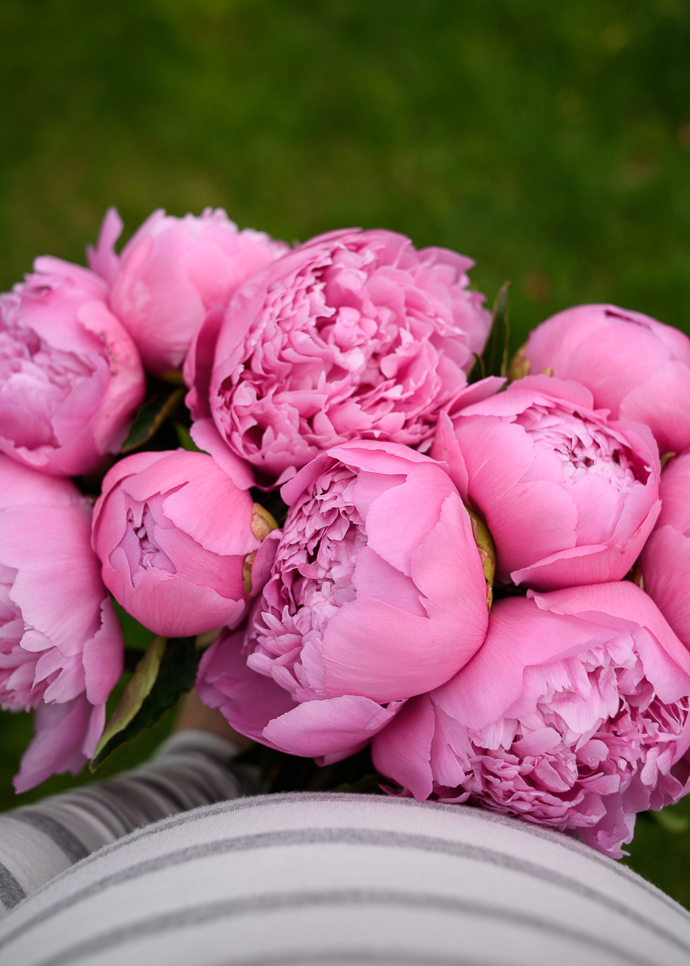