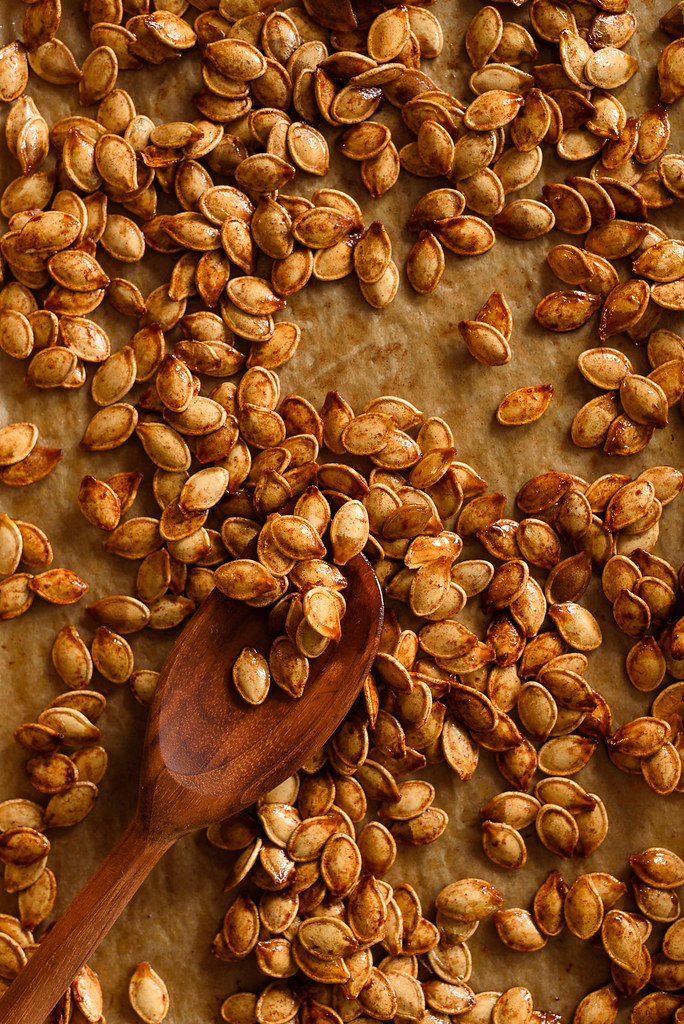 Happy Halloween! Are you celebrating? We’re sort of being curmudgeons this year; the hubs just had dental surgery a few days ago, so we’re staying in, watching some (mildly) scary movies, and hopefully handing out candy to some little ghosts and goblins. The forecast is for a chilly, windy, rainy evening, and last year we only had a handful of trick-or-treaters, so I’m not overly optimistic, but still looking forward to being cozy inside, while eating an excess of Halloween candy.

We did finally carve a pumpkin this morning. Well mostly he did – a truly impressive, detailed rendition of grumpy cat aka the Grumpkin. He’s been cheekily referring to himself as the ‘pumpkin master’ ever since, and my eyes are getting sore from rolling them so often in response. 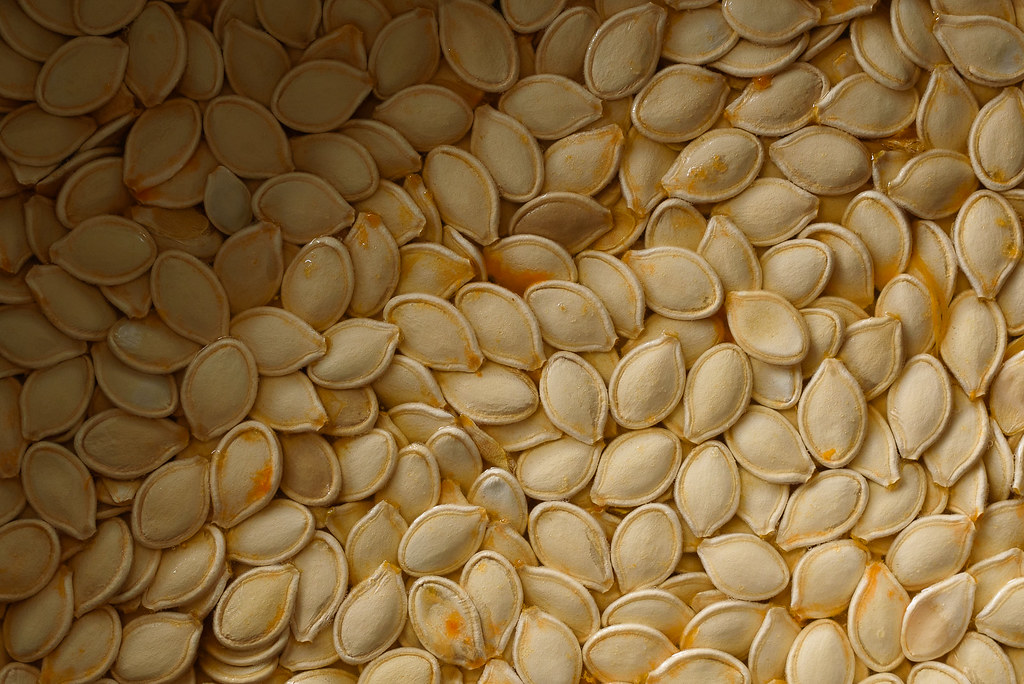 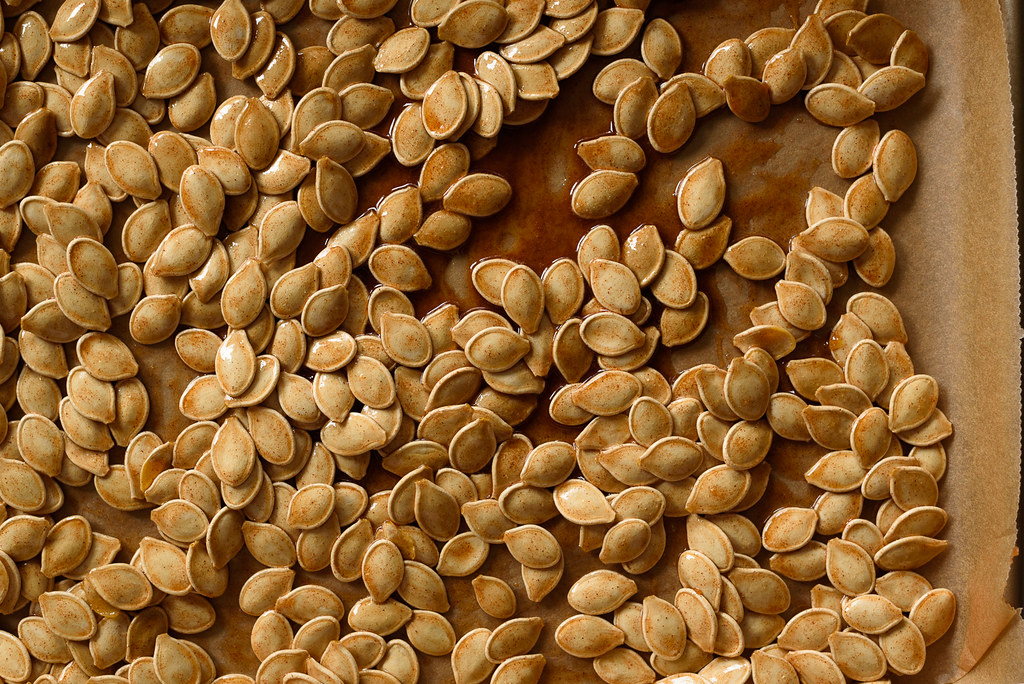 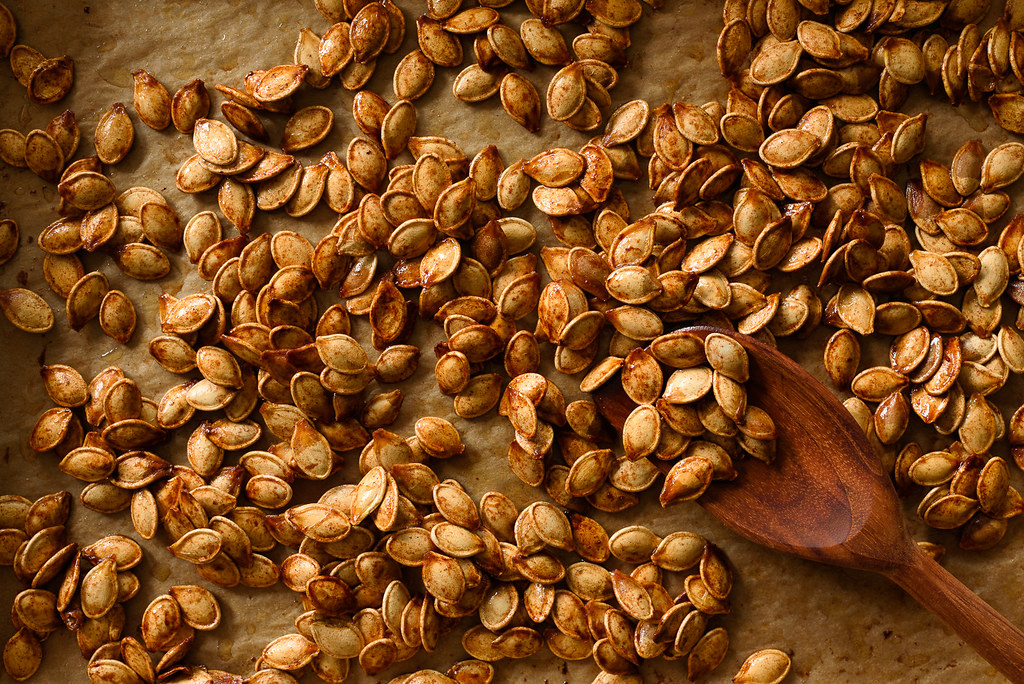 While he was working on his masterpiece, I put the pumpkin seeds to good use, roasting them together with some brown sugar, sea salt and cinnamon for a deliciously crave-worthy, sweet and salty snack.

These roasted pumpkin seeds are so simple to whip up, and addictingly good. The hardest part of the whole recipe is the gloopy job of scraping the seeds out of the pumpkin, then it’s just a quick rinse to remove any lingering, stringy bits of pumpkin and a toss together of the seeds with some melted butter, brown sugar, cinnamon and sea salt. Bake for about half an hour, before devouring these crispy treats warm off the baking sheet… 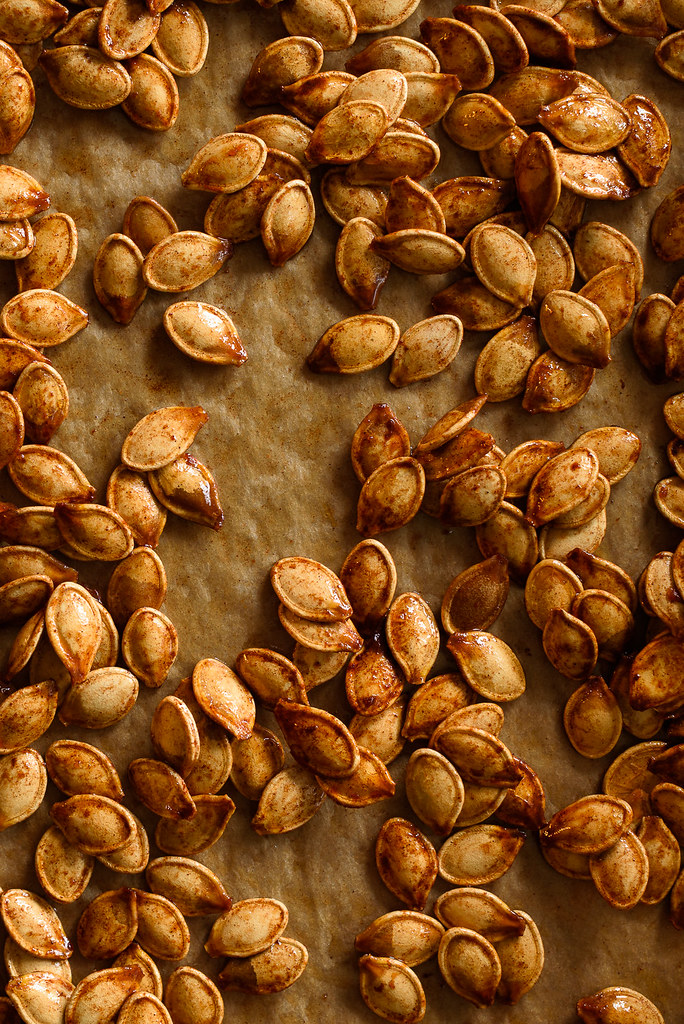