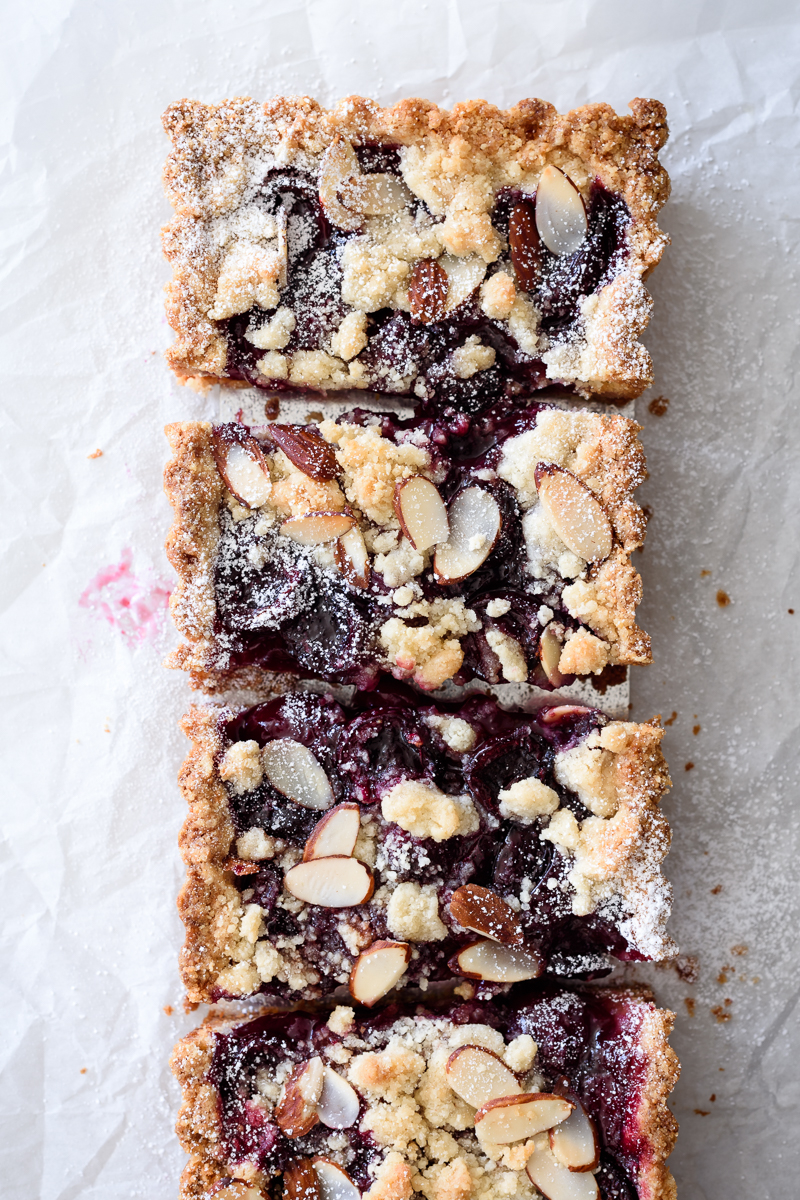 To celebrate the solstice, and kick off the start of Summer, I made you a sweet cherry almond tart, something sweet to eat while you lap up these extra golden hours of daylight. The sun didn’t set until like nine thirty last night (!) – still haven’t gotten used to that.

Not only has this tart become one of my favorite recipes, but it highlights one of our regional, seasonal specialties: sweet cherries. 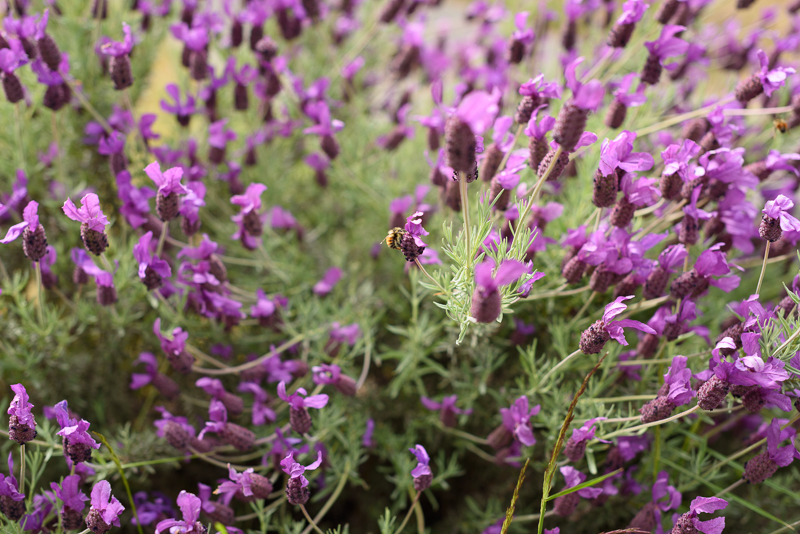 Washington growers expect a record sweet cherry crop this year, and as if to prove the point, our farmers markets are even more overflowing than usual with big bins of dark ruby beauties.

I’ve been bringing home about a pound a week, most of them just for snacking, but in the last few weeks, the leftovers have made their way into a cherry pie, spooned atop a chocolate amaretto cake, and swirled with sugar and vanilla to fill this simple and rustic cherry almond tart. 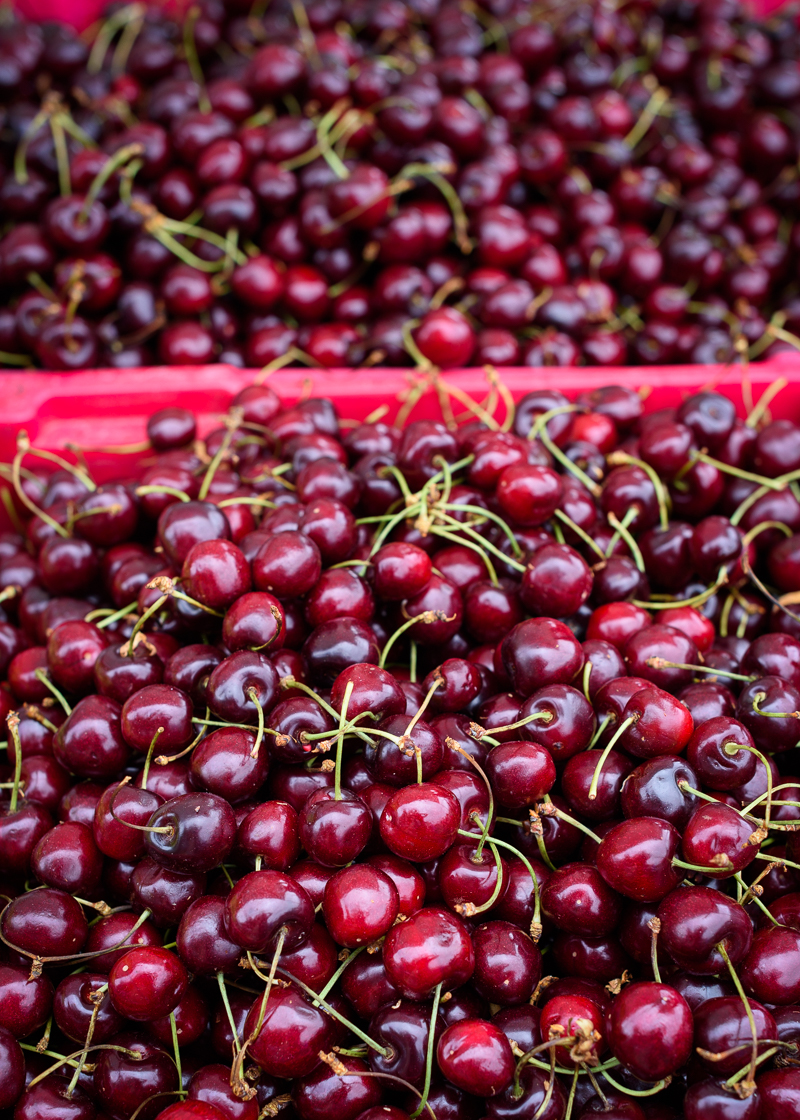 I’m always game to bake with berries, but given our bounty, was tempted to swap in sweet cherries instead, and found the cherry almond combination equally lovely. 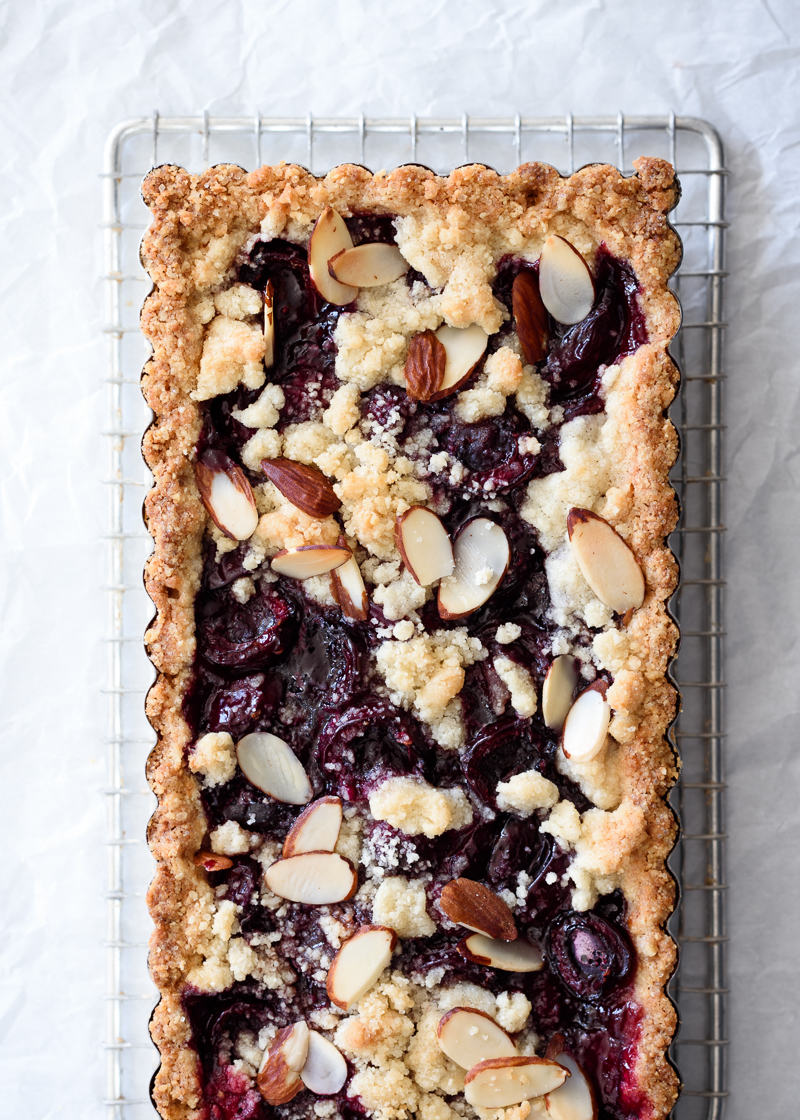 The fruit, which sits for a bit to quickly macerate with sugar before filling a buttery, rich shortbread crust (which also functions as a dimply crumble topping) cooks down into a lusciously thick and jammy layer in the oven.

The almond-crumble topping sinks gently into the cherries, resulting in a wonderfully tender and flavorful tart that bakes up beautifully, and holds together surprisingly well. 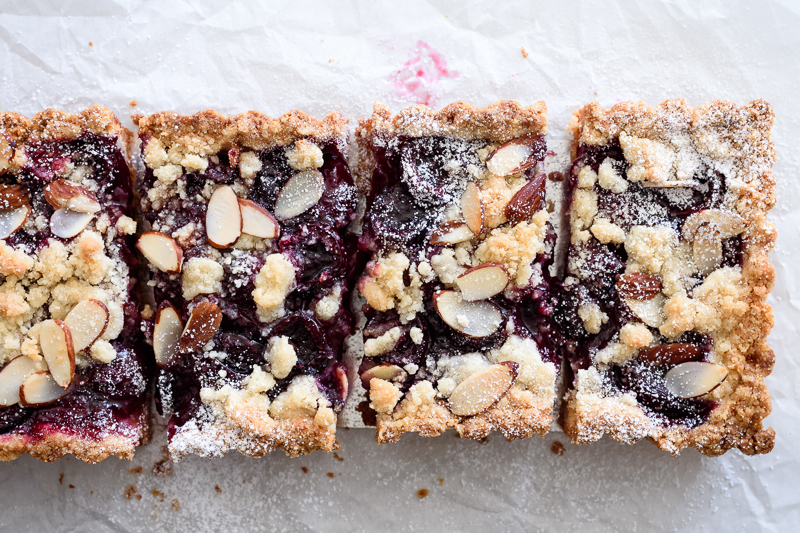 It’s a winning recipe, and one I can imagine would pair well with any peak season fruit you have on hand – any berry would be lovely, and I’m already imagining sliced peaches with a dash of cinnamon… nestled under a big scoop of vanilla ice cream. 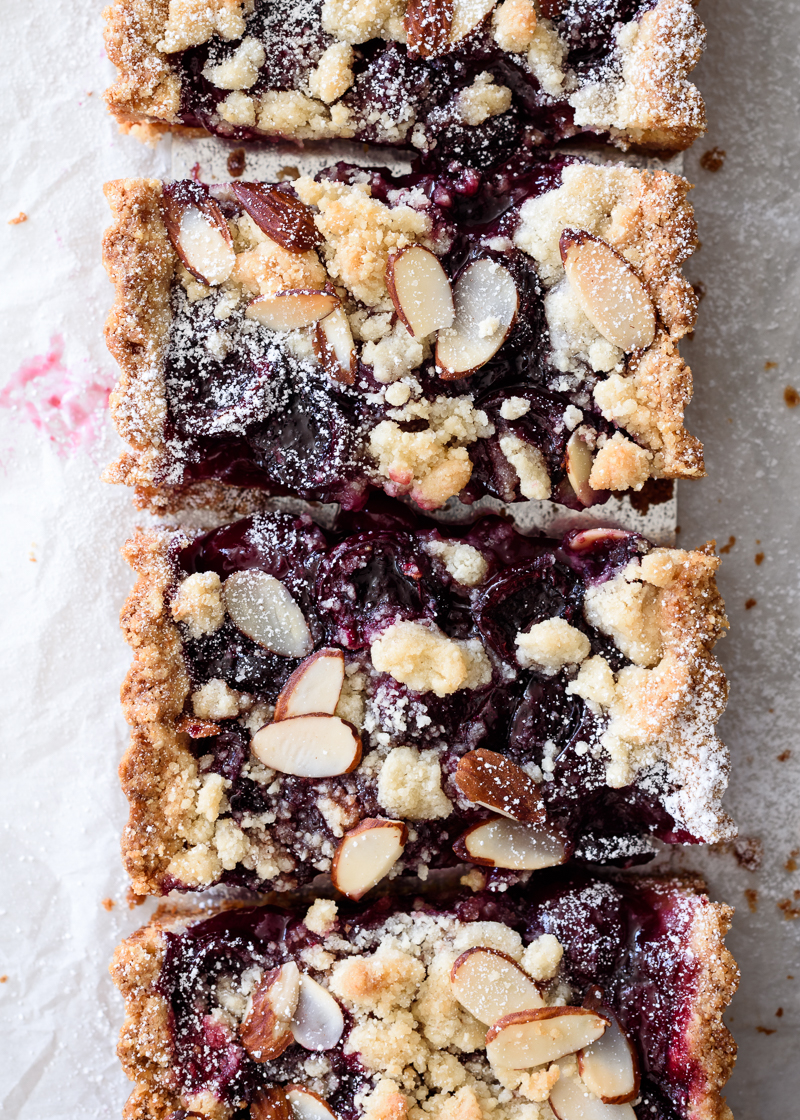 ¹ Make it gluten free: Use an all-purpose gluten free flour blend instead of the all-purpose flour.
² Arrowroot starch is my thickener of choice for pies and fruit fillings. Substitute cornstarch as desired.