Blackberry Chocolate Cupcakes (that happen to be vegan) 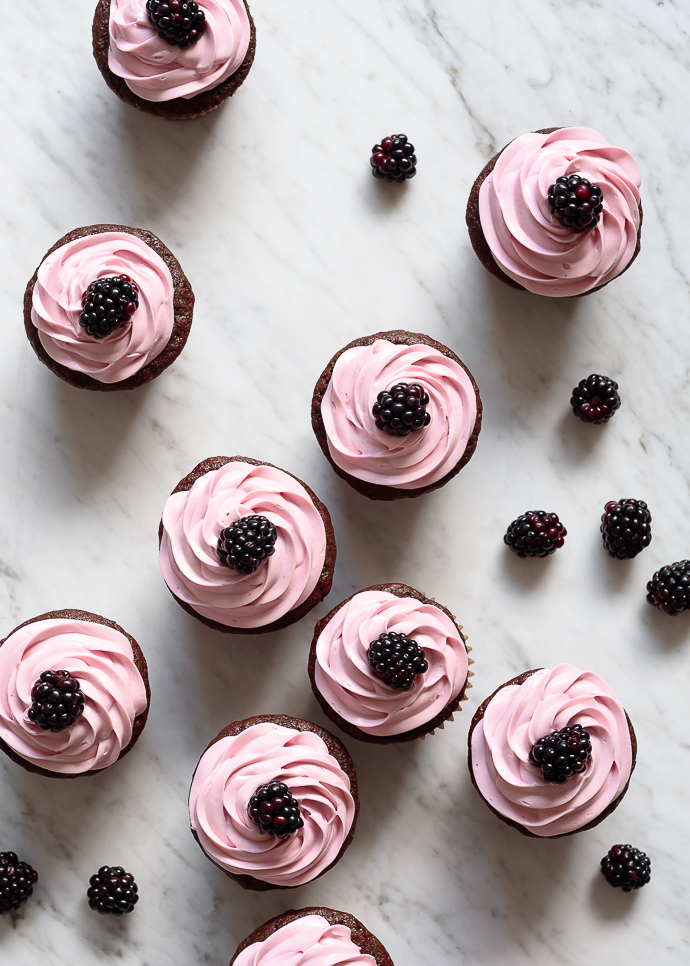 I wrote the original draft of this post, a fluttery collection of thoughts about chocolate and Summer baking and these glorious blackberry chocolate cupcakes, shortly before we flew down to Santa Barbara last week, and a few days before the horrific violence in Orlando during the early hours of Sunday morning.

I’d planned to post it on Monday, but the morning of, I couldn’t hit publish. I felt lost, and promptly deleted the whole thing. It seemed utterly trivial and insensitive to share a cupcake recipe of all things, complete with fluffy, pink buttercream frosting, and a blackberry on top, after such a painful, maddening event. 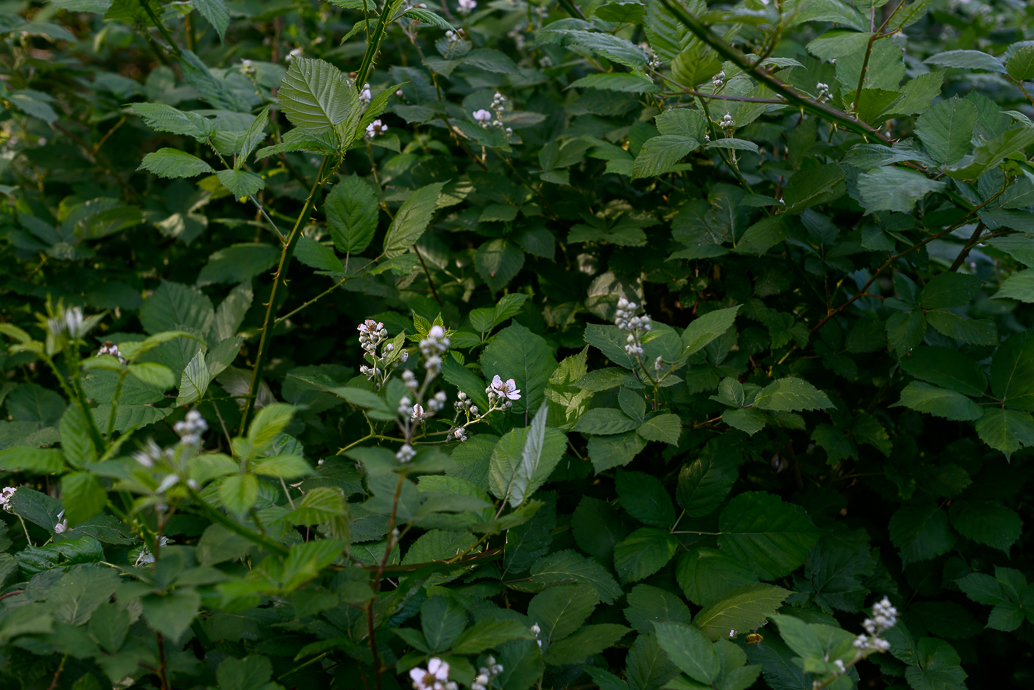 But it also feels inappropriate not to acknowledge this unspeakable attack on the gay community – and against all of us as Americans. While I still don’t quite have the words, I do firmly believe that everyone deserves to be who they are, and love whomever they love, without fear.

I certainly don’t have all the answers, but being in the kitchen, cooking and baking for loved ones, is the most wonderfully nurturing and comforting thing I know, and these homemade cupcakes – frivolous as they may be in the moment – are my small way of sending some extra love out into the universe today. 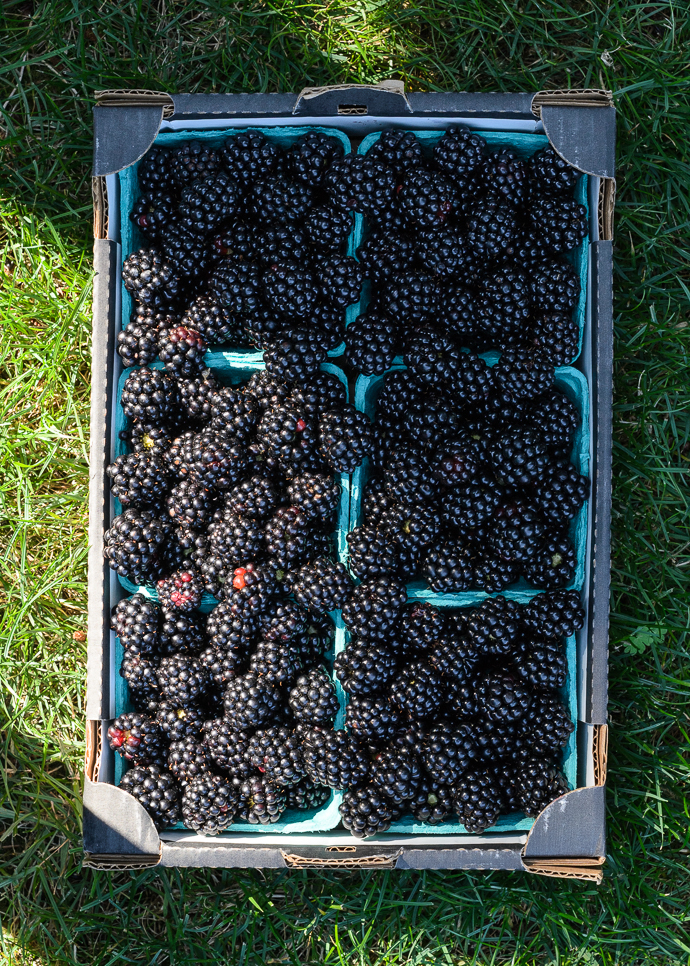 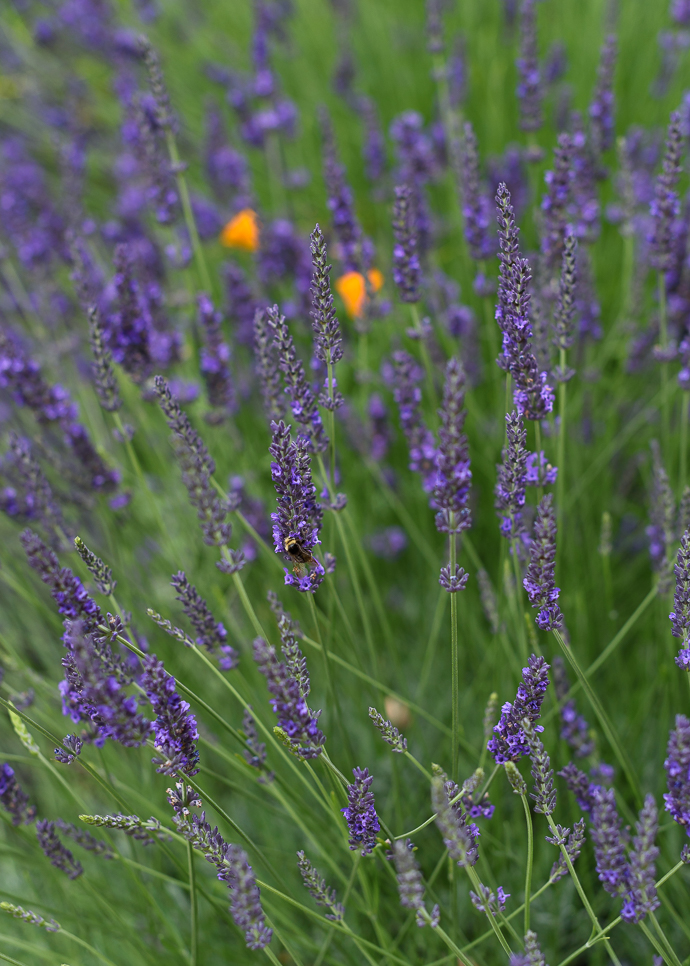 The heat spell broke long enough at the end of last week that I didn’t mind turning on the oven, and was rewarded for my efforts with the most amazing aroma, that begins with homemade blackberry jam, and transitions into cocoa heaven. Resulting in, of course, the finished product, these moist and flavorful blackberry chocolate cupcakes. 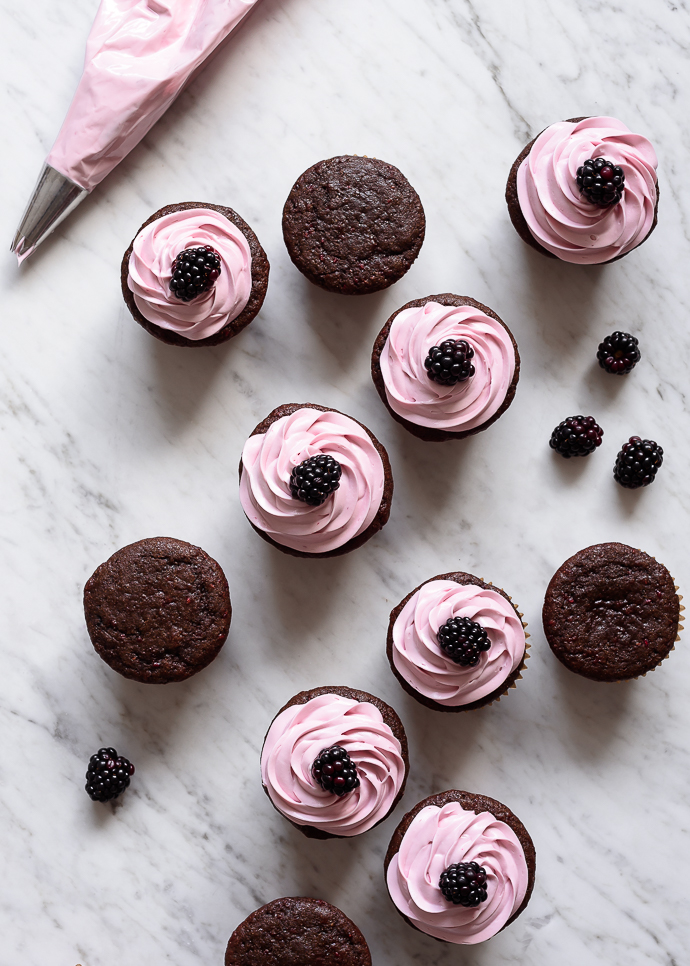 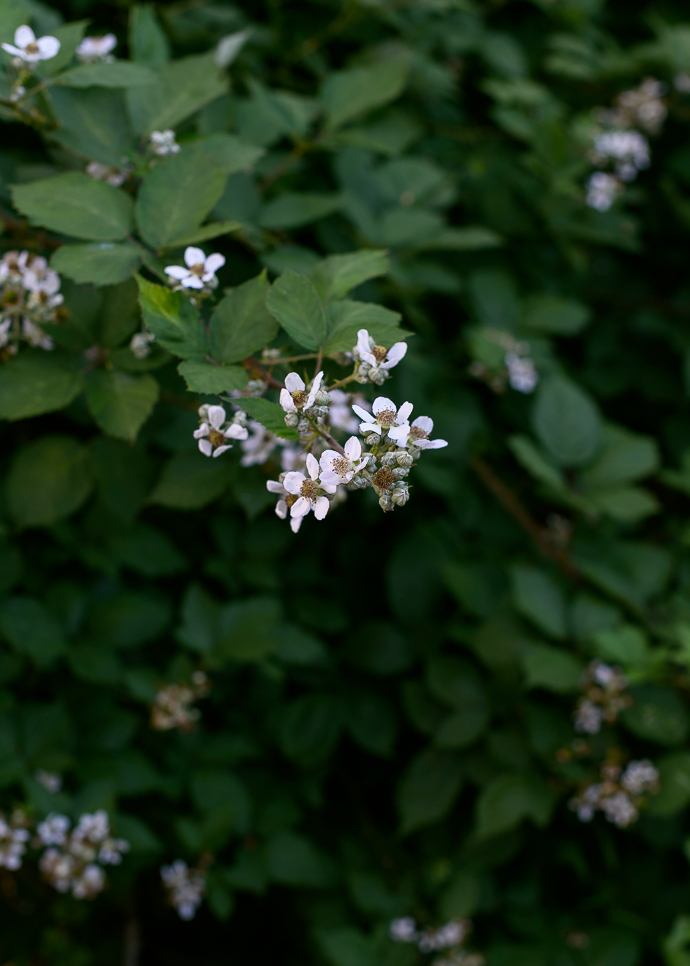 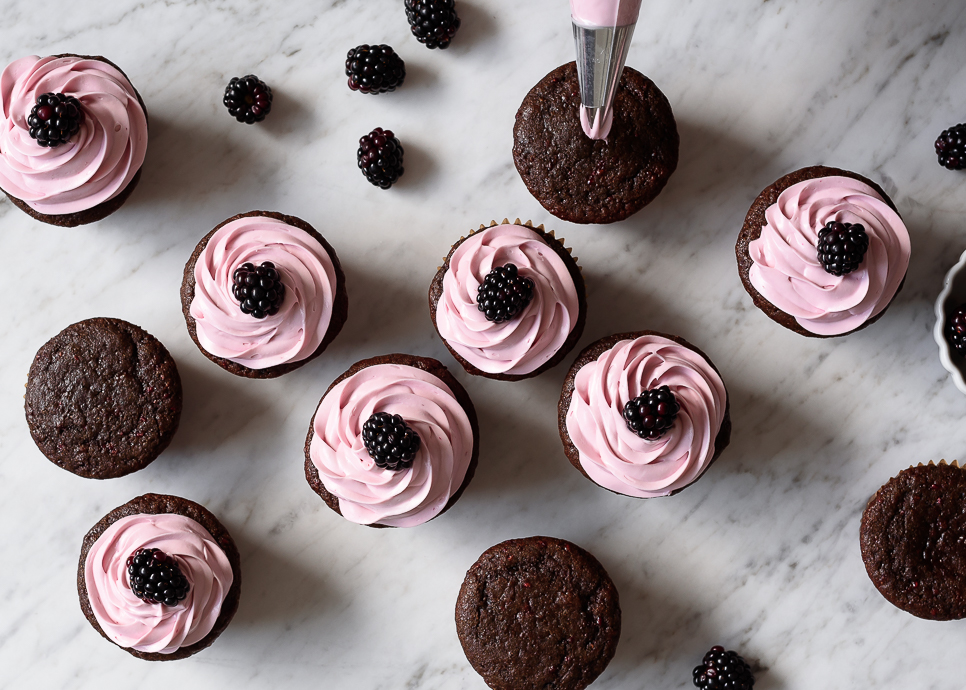 I’d developed these with my Dad in mind, from whom I inherited a deep love of all things chocolate – and who had a birthday this past weekend – but ended up making cheesecake instead. Though they’re a bit dainty in appearance, he would have certainly approved of these as well, as they’re packed with tons of deep cocoa flavor along with a subtle swirl of fresh Summer berries. Chocolate lovers, rejoice. 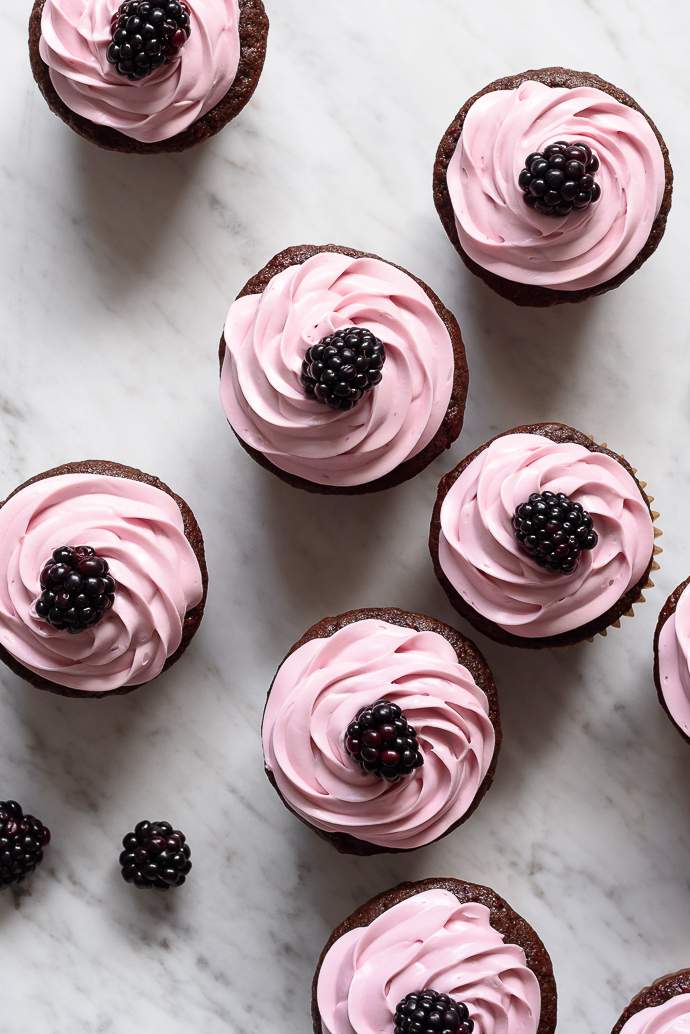 And lastly, I promise you’ll never know these chocolate-y cupcakes are not only 100% whole grain, but *gasp* vegan – they just happen to be made with sprouted spelt flour, and without eggs and cow’s milk. Chocolate is magical like that. I’ve even been known to hide a zucchini or two in a good chocolate cupcake… 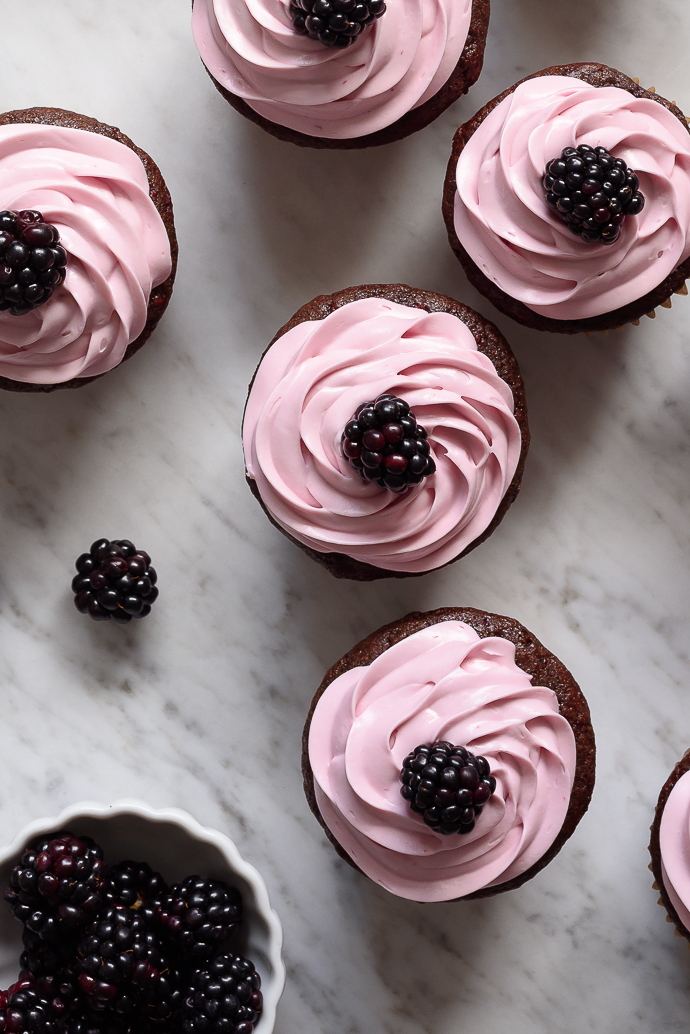 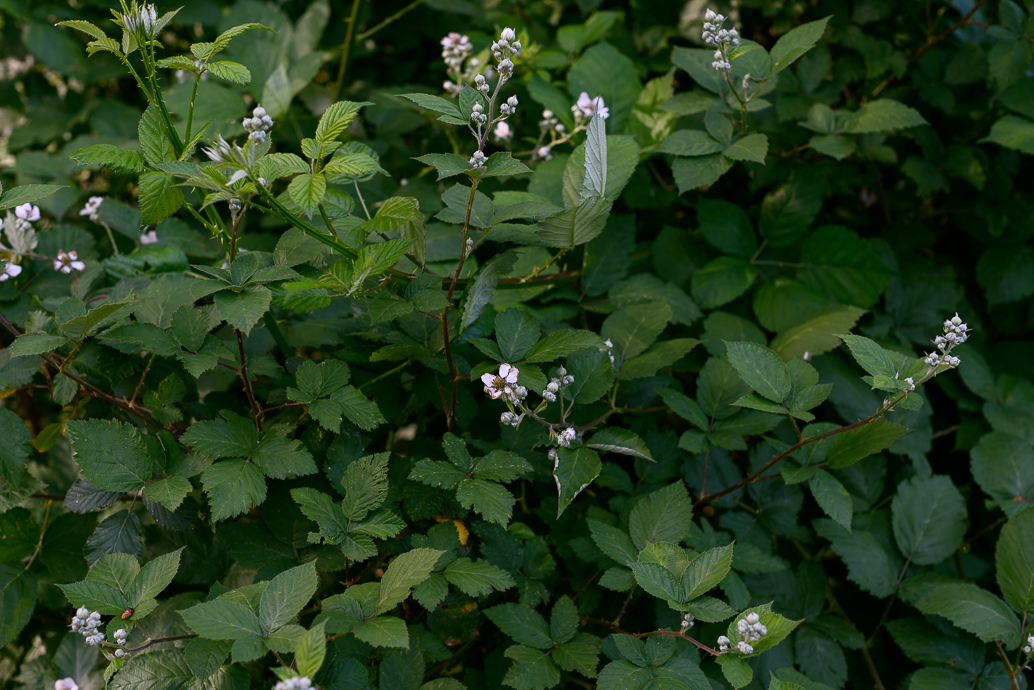 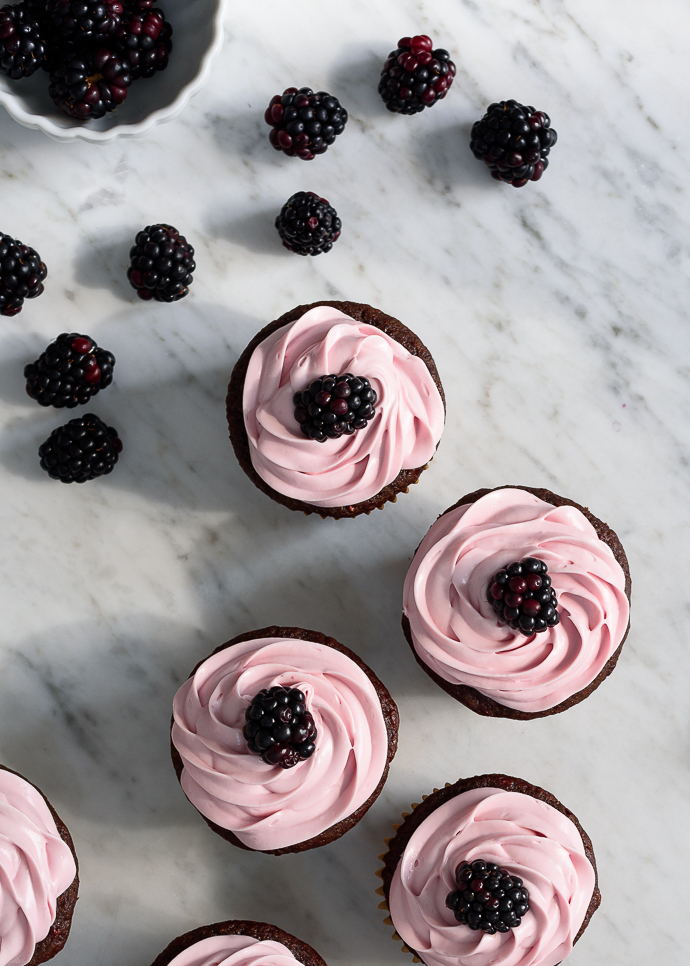 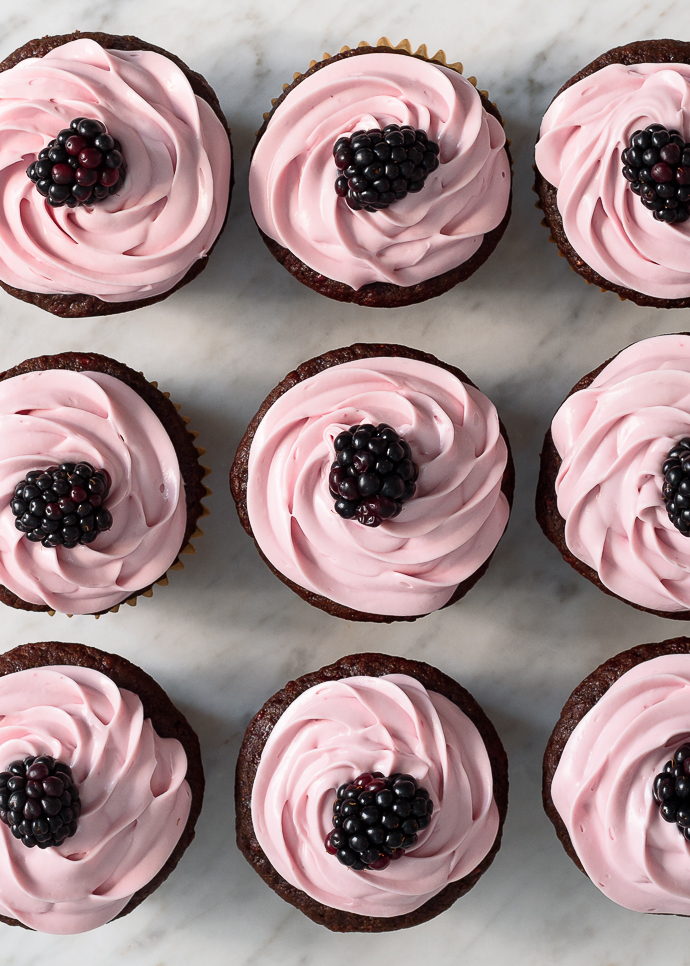 for the blackberry chocolate cupcakes

for the blackberry buttercream

for the blackberry chocolate cupcakes

for the blackberry buttercream

17 comments on “Blackberry Chocolate Cupcakes (that happen to be vegan)”